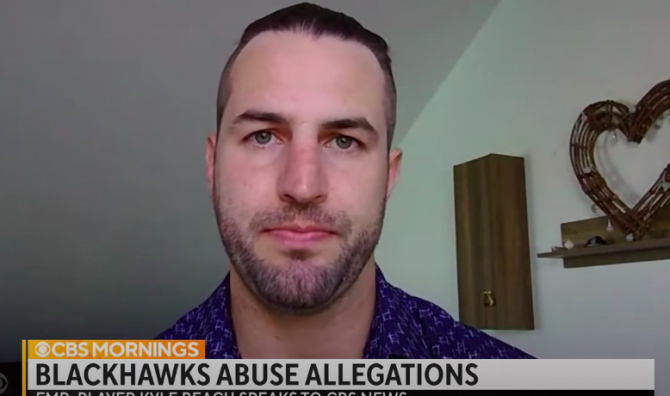 Joel Quenneville has just stepped down as head coach for the Florida Panthers days after an investigation was published accusing him of ignoring sexual assault allegations made by former Chicago Blackhawks star Kyle Beach against the team’s then video coordinator, Brad Aldrich

Quenneville was serving as head coach for the Blackhawks in 2010, when Beach, now 31, claims he was sexually assaulted by Aldrich. According to the investigation, which was commissioned by the team and made public this week, Beach told higher-ups about the assault, but he was ignored until after the team won the Stanley Cup later that season.

The investigation states that the case was ignored to avoid bad publicity amid the ongoing playoffs, but that after the playoffs, HR told Aldrich he could either resign or undergo an investigation. He chose to resign, but not before negotiating a handsome severance package that included a playoff bonus and several months’ salary.

In his resignation statement, Quenneville said, “With deep regret and contrition, I announce my resignation as head coach of the Florida Panthers. I want to express my sorrow for the pain this young man, Kyle Beach, has suffered. My former team the Blackhawks failed Kyle and I own my share of that.”

He added, “I want to reflect on how all of this happened and take the time to educate myself on ensuring hockey spaces are safe for everyone.”

Speaking to TSN’s Rick Westhead this week, Beach called for systemic change within the NHL.

He added that, for years, he felt isolated and invisible by the lack of attention he received from Blackhawks’ chain of command.

“I was scared, mostly. I was fearful. I had my career threatened. I felt alone and dark,” he said. “Sorry, it’s tough to recall these moments. I felt like I was alone and there was nothing I could do and nobody I could turn to for help.”

After finding the strength to come forward with his story, he’s now encouraging other athletes to speak out if they experience similar abuse.

“I want everybody to know in the sports world and in the world that you’re not alone. That if these things happen to you, you need to speak up. Because there are support systems.”

Beach followed that up with a statement to his Instagram page yesterday. Read it below.