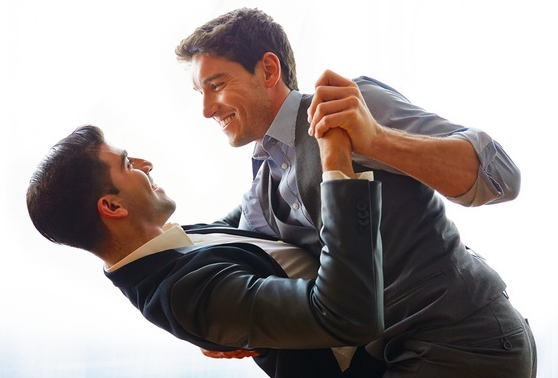 Each year, Brigham Young University, a private college in Utah owned by the Church of Jesus Christ of Latter-day Saints, hosts the United States National Amateur Dancesport Championships. Now, for the first time ever, the school will allow same-sex couples to compete beginning this spring.

Roughly 3,000 couples are expected to show off their ballroom dancing skills in this year’s competition, which will be held March 10-14. Under the old rules, dance partners had to be male and female, with the male acting as the lead and the female acting as the follow. But not anymore.

Beginning in 2020, the National Dance Council of America has changed the official rules:

A “couple” will be defined in Section II.A.6.a of the NDCA’s Rules & Regulations as a leader and follower without regard to the sex or gender of the dancer.  Accordingly, beginning on September 23, 2019, same-sex/gender neutral couples will be able to compete with opposite-sex couples in all dance genres included in championships, competitions, and events sanctioned by the NDCA.

BYU, which has hosted the event for over 20 years, agreed to the change, effectively lifting its ban against same-sex couples entering the competition.

For the private school, that was a major concession. The change goes against its strict Honor Code forbidding gay relationships, as well as “all forms of physical intimacy that give expression to homosexual feelings.” Even in its own classes, BYU — one of the most renowned schools in the country for ballroom dance — doesn’t allow two men to dance together for practice.

While this is definitely a mark of progress, it should be noted that the change only came after NDCA was threatened with a discrimination lawsuit.

It should also be noted that, while BYU will allow same-sex couples to compete in the three-day competition, it hasn’t made any sweeping changes to its school policies against homosexuality.

Still, baby steps are worth being recognized. BYU could have easily said it was no longer going to host the competition. Instead, the school adapted to the times.

Wilson was accepted into BYU ten years ago on a ballroom dance scholarship but was later told he couldn’t attend because he identifies as gay.

“This is everything,” he tells the Salt Lake City Tribune. “For years, I haven’t danced how I’ve wanted to, with who I’ve wanted to. This is an event that will open people’s minds and change people’s concept of what dance looks like.”

Dancing with a man, Wilson add, has always felt most natural to him.

“And that’s what dance is about at the end of the day,” he says. “It’s an expression of yourself and life.”