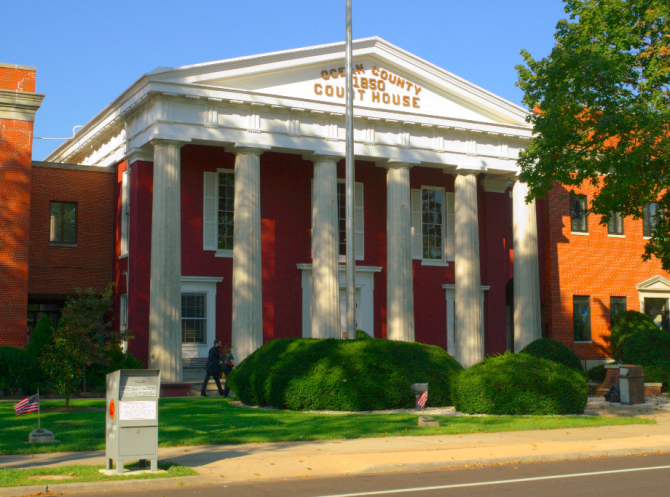 A municipal court employee from New Jersey just filed an employment discrimination lawsuit accusing her co-workers of making homophobic remarks about fellow employees and members of the general public.

28-year-old Sarah Fearon was hired as a part-time employee at the municipal court in March 2016 and became a full-time employee in July 2016. According to her lawsuit, filed last Friday in the Ocean County Superior Court, Brick Township court officials “cultivated a workplace that allowed and encouraged employees and supervisors to engage in crude, racist and homophobic behavior.”

“Our client worked in such a toxic environment that her co-workers and supervisors felt entitled to make discriminatory and disparaging comments on almost a daily basis,” Fearon’s attorney, Matthew A. Luber, says in a statement. “The notion that such bigoted behavior could occur in any workplace, let alone within the public court system, is truly appalling.”

Fearon’s 30-page lawsuit details several homophobic comments made by her coworkers, including calling LGBTQ people “gross,” “disgusting,” and “crazy,” and saying things like “Can you believe the gays?” and “Gay people are only gay because they think it is cool, especially nowadays in high school.”

The lawsuit also alleges that Fearon’s co-workers made fun of same-sex couples coming in for court services, mocking them for holding hands “or displaying any kind of modest affection toward one another.”

One of her co-workers allegedly didn’t want to touch money given to her by a gay man. Another allegedly said that LGBTQ people should “not have the right to vote in elections.”

When Fearon, who identifies as LGBTQ but was not out at work at the time, complained to supervisors and union representatives in late 2018, she says she was told to “brush it off” and that her concerns were completely ignored.

“In turn, the discriminatory and hostile working environment remained unchanged,” the suit alleges.

Not only that, but Fearon’s supervisors increased her workload and her co-workers began avoiding her, going to far as to completely ignore her at a holiday party. When she complained that the workplace was becoming “extremely uncomfortable,” her manager allegedly replied: “Maybe you should tell everyone that you are gay so they stop making jokes and comments.”

As a result of the treatment, Fearon says she suffered from stress and anxiety “arising out of the toxic work environment.” In addition to damages, the lawsuit seeks sensitivity training for township workers.