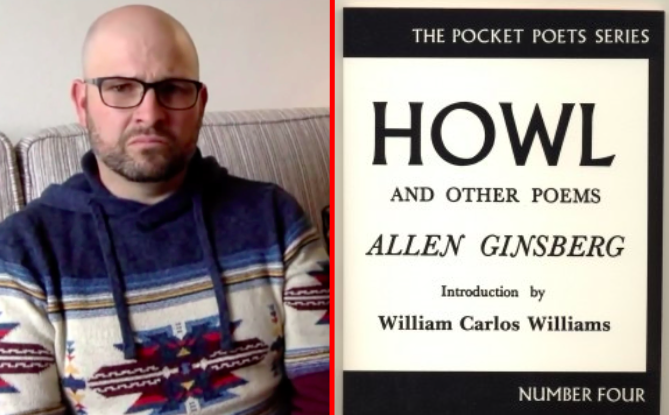 “Howl” by Alan Ginsberg is considered to be one of the great works of American literature and a quintessential example of 1950s Beat poetry. But when 17-year-old Skylar Carson’s dad found out his daughter had been assigned to read the controversial (by 1950s standards) poem, he was outraged.

“She came home and shared it with us and, of course, as a parent the way we’ve raised our kids, I was like, there’s no way a teacher in a public school would have done this,” Brett Carson tells local news station Fox31.

Skylar is a junior at Steamboat Springs High School in Colorado. Her dad says he was never informed his daughter was going read an “explicit work” that talks about stuff like “drugs, alcohol, and c*ck and endless balls.”

“A lot of the kids, you know, were scared to say anything to their parents because it was so awkward and just weird,” he claims.

It’s unclear who else, other than his own daughter, Carson is referring to when he says “a lot of the kids.”

Because it’s not like “a lot of the kids,” especially 17-year-olds, can’t find this stuff or worse on their own. The internet offers a virtual treasure trove of pornographic material to any teenager with an imagination and an IP address.

But, evidently, Skylar isn’t like most 17-year-olds. She read the poem and was totally traumatized.

“The second we started reading the book it just went south,” she says. “It was so filled with sexual content that I wasn’t aware of and I wasn’t prepared for.”

Poor thing. Just wait until a year from now, when she turns 18 and sees her first R-rated movie.

“I’m just hoping it doesn’t happen to anyone else in the classroom,” she laments.

Now, the Carsons are suing the school for exposing their daughter to such vulgarity.

“It’s their responsibility to come to us as parents and say, hey we’re going to talk about some controversial material here,” Carson says. “If you want to opt out here’s your opt out form and we’ll give you an alternate assignment.”

As part of the lawsuit, the Carsons are demanding every single parent be sent a letter of apology from the teacher who assigned the text and that the school require staff to undergo sensitivity training to avoid this sort of thing from happening again in the future.

“Howl” was originally published in 1956, when gay sex was still illegal in all 50 states, and was the subject of an obscenity trial in 1957, 62 years ago, though Judge Clayton W. Horn ultimately ruled that the poem was not obscene.