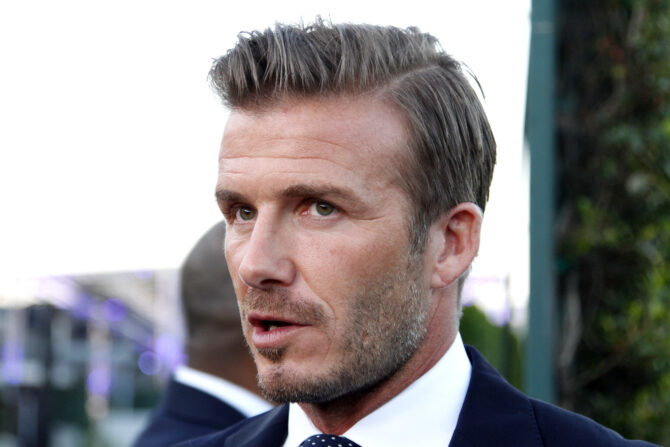 Former soccer star David Beckham is facing a seemingly endless barrage of criticism for his new video promoting Qatar as “perfection,” despite the country’s atrocious record on LGBTQ+, women’s and worker’s rights.

In 2021, Beckham inked a deal to be the media-friendly face of the vehemently homophobic Gulf state ahead of this year’s World Cup. It was initially reported that the gig would net him £10 million ($18 million U.S.), though that’s been updated to a staggering £150 million ($174.3 million U.S.).

In the short promo, the self-described “gay icon” says “the modern and traditional fuse to create something really special” in Qatar. “This is perfection for me,” he says of his time there.

In Qatar, homosexuality is illegal and punishable by imprisonment, flogging, or even the death penalty for Muslims under Sharia law. Sexual activity outside of marriage is punishable by up to seven years in jail, and cross-dressing or any speech considered offensive (including speaking in support of LGBTQ rights) is also against the law.

Many are calling attention to the fact that Beckham is also an ambassador for humanitarian aid organization UNICEF.

“David Beckham, self-declared feminist +@UNICEF ambassador, kicks off multi-million pound campaign to bring tourists to Qatar, describing it as an ‘incredible place’…aside from it being illegal to be gay + women still need permission to study or marry,” tweeted Domestic abuse campaigner David Challen.

He added: “Women are dependent on men for permission to marry, travel, pursue higher education or make decisions about their own children. Qatari govt purposely make opaque rules on male guardianship as they don’t want women to know the rules…

“And lest we forget the 6,500 migrant workers who have died in Qatar since World Cup was awarded… They leave behind devastated families who have been left without their main breadwinner, struggling to gain compensation and confused about this they died…

“After Jake Daniels became the first male professional football player to come out since Justin Fashanu in 1990, Beckham asked why gay people in sport should be any different to anyone else. Yet he is now the face of an openly homophobic nation in Qatar…

“Sportswashing is inherently wrong. Those who promote nations with horrific human rights records actively silence those who are discriminated against, harmed and killed, all for more money. Why does @UNICEF continue to support David Beckham making millions from promoting Qatar??”

Here’s what others are saying:

This is shameful from Beckham tbh

Just can’t get enough money David? Really doesn’t matter who you work for?

David Beckham, you’re a disgrace for this

Did you ask them where they buried the bodies, Becks?

‘Modern and tradition create something special’, what, like persecuting LGBTQ people in state of the art buildings?