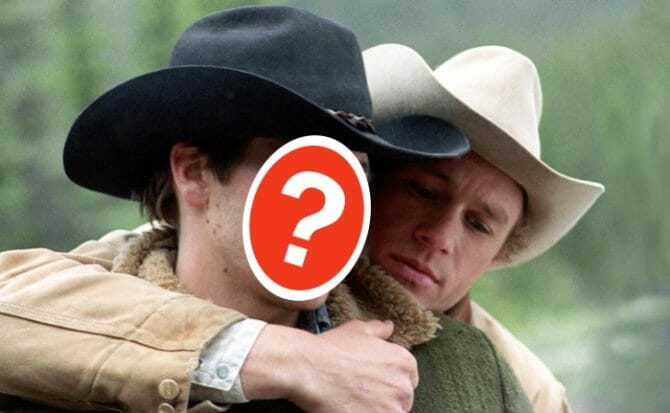 Before Ang Lee headed out into the wilderness with Jake Gyllenhaal and Heath Ledger to film what would become the award-winning Brokeback Mountain, the project had experienced some major hiccups.

Gus Van Sant (Milk, Good Will Hunting, My Own Private Idaho) was originally slated to direct the film, but in a new interview he reveals that of all the “big names” he approached for the lead roles, “nobody wanted to do it.”

Speaking to IndieWire, he said: “I was working on it, and I felt like we needed a really strong cast, like a famous cast. That wasn’t working out. I asked the usual suspects: Leonardo DiCaprio, Brad Pitt, Matt Damon, Ryan Phillippe. They all said no.”

Related: Pedro Almodóvar Says His ‘Brokeback Mountain’ Would Have Had “A Lot More Gay Sex”

Producer and screenwriter Diana Ossana, who along with Larry McMurtry adapted the original Annie Proulx short story into a screenplay, seconded that sentiment in an email to IndieWire.

“Yes, all those young gentlemen (at the time) turned down the project, for various reasons,” she wrote.

Earlier this year, Ossana spoke at a Q&A about the same problem around casting. She also mentioned Matt Damon and Mark Wahlberg as two stars who turned the project down. ““They didn’t give us any real excuse why they wouldn’t. I guess they saw it as too difficult.”

Related: PHOTOS: Take A Trip To Brokeback Mountain With These Rugged Aussie Cowboys

“Nobody wanted Heath but me and Larry. The studio felt he wasn’t macho enough,” she said.

He went on to be nominated for an Academy Award for his work in the film, as did Gyllenhaal.

Eventually, the casting difficulties made Van Sant lose some of the passion he felt for making the film.

“What I could have done, and what I probably should have done,” he said, “was cast more unknowns, not worried about who were the lead actors. I was not ready. I’m not sure why. There was just sort of a hiccup on my part. There was something off with myself, I guess, whatever was going on.”