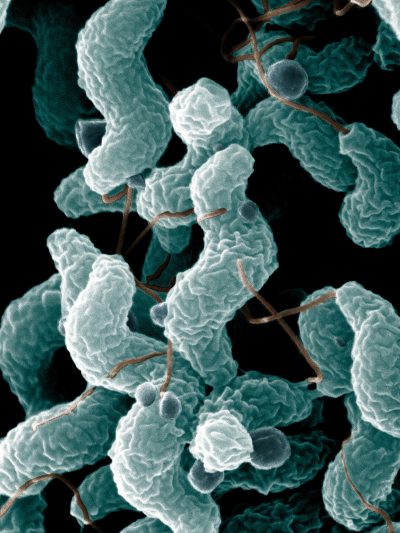 Doctors have expressed concerns over a new strain of antibiotic-resistant bacteria discovered in groups of gay men in Seattle and Montreal.

Scientists identified a new strain of Campylobacter coli, an infection that causes abdominal pains and diarrhea. Normally the infection clears on its own, though in severe cases treatment may involve antibiotics. The new cluster of Campylobacter coli appears resistant to antibiotics on a sub-DNA level, the first time any kind of such resistance has ever been documented.

Dr. Alex Greninger, the lead researcher into the matter, along with his colleagues published their findings in the Oxford Academic earlier this week. Their study has linked the new strains of Campylobacter coli to one another on the genetic level. The discovery of the bacteria exclusively in gay men also suggests that the disease is sexually transmitted.

“Enteric infections can be sexually-transmitted infections,” Greninger said. “The international spread of related isolates among MSM populations has been shown before for Shigella [another bacterial infection, similar to E. coli], so it makes sense to see it in Campylobacter, as well.”