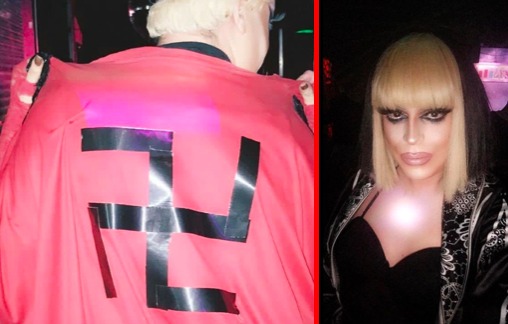 A drag queen in Philadelphia says she “stands by” a recent Nazi-inspired costume and performance.

Drag performer Satine Harlow, whose real name is Eric Ziker, is under fire for wearing a costume emblazoned with a swastika during a Monday-night performance at local gay bar ICandy.

Harlow wore a pink windbreaker with a swastika on the back and a black Nazi SS officer cap. According to one audience member who was at the performance, the host told the crowd that Hawlow’s costume “was satire and based on a musical.”

Harlow performed the number “Springtime for Hitler” from the musical The Producers.

“When I saw the musical number,” the audience member said, “I realized Satine was inspired by the Broadway musical The Producers. But when I checked Satine’s Instagram page, how they promoted themselves was a different story.” 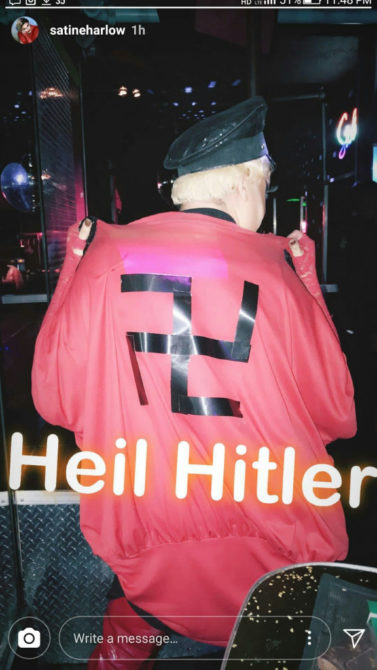 “What the f*ck kind of bar allows THIS type of sh*t to walk in the door let alone get onto the stage?” one commenter wrote.

On his Instagram story thread, Ziker defended the costume, implying that he, a gay Jewish man, was being ironic:

Are people really freaking the f*ck out about a Jewish gay man doing an iconic number from a musical? Jesus Christ. Lighten the f*ck up. It’s drag. We’re professional, some of us, pigs in wigs. Breathe. I stand by what I did…and if you disagree, unfollow me because you have no sense of humor. 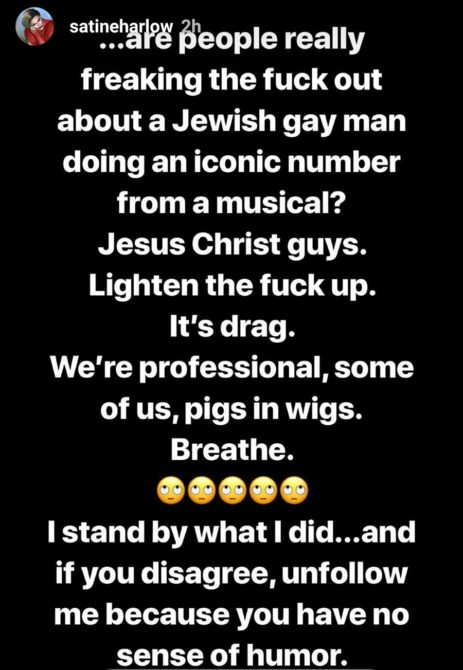 He also changed his Facebook profile picture to include following message about “political correctness”: 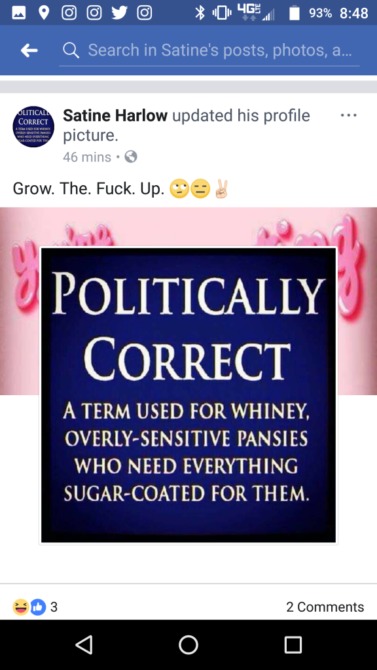