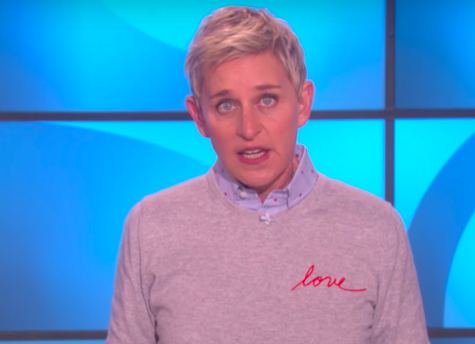 Well, we knew it was only a matter of time. Ellen DeGeneres just announced that the upcoming 19th season of her once-hit daytime talk show will be her last. She’s done, folx.

In a statement to The Hollywood Reporter, DeGeneres said, “When you’re a creative person, you constantly need to be challenged–and as great as this show is, and as fun as it is, it’s just not a challenge anymore.”

We’re sure that’s it and that it has nothing to do with ratings tumbling after her summer of scandal last year that included allegations of a toxic workplace, bullying, and harassment.

“I was going to stop after season 16,” DeGeneres added. “That was going to be my last season and they wanted to sign for four more years and I said I’d sign for maybe for one.”

“They were saying there was no way to sign for one. ‘We can’t do that with the affiliates and the stations need more of a commitment.’ So, we [settled] on three more years and I knew that would be my last. That’s been the plan all along. And everybody kept saying, even when I signed, ‘You know, that’s going to be 19, don’t you want to just go to 20? It’s a good number.’ So is 19.”

DeGeneres reportedly told staff about her decision to end the show yesterday. Next, she will sit down with her daytime predecessor Oprah Winfrey to discuss things in more detail on tomorrow’s episode of Ellen.

Ellen DeGeneres says poor ratings and toxic workplace allegations didn’t play a part in her decision to end The Ellen Show after 19 seasons.

Ellen DeGeneres has announced the end of her talk show pic.twitter.com/nhsptISg4p

Now more than ever, it's so important to remember that Ellen Is Mean #ellenismean

Ellen Degeneres when people call her out for why her show is really ending. pic.twitter.com/P5rWLOc54k

BREAKING: Ellen DeGeneres to End Talk Show: “I Need Something New to Challenge Me”

Ellen: ‘I Never Intended To Make Staff Feel Unsafe By Wearing A Bloodied Ram Skull And Stalking Them With A Hatchet’ https://t.co/VtpJKiKLpv pic.twitter.com/naMwGUFZsC

Who is Ellen going to demoralize now?!?!?

Ellen DeGeneres trying to convince us that her show is ending because of lack of creativity, when we know it’s Dakota Johnson who ended it pic.twitter.com/scUcqMCJU7

Ellen DeGeneres to her maids after she quits her show and stays home more often pic.twitter.com/Z7DRNN8EB9

dakota johnson has done more for society by ending ellen degeneres than most of your faves have in their careers and it shows
pic.twitter.com/KVslhRUfi0

Liza Minnelli has outlived Ellen DeGeneres’s daytime talk show. Ellen has decided the upcoming season, the show’s nineteenth, will be the last.

dakota johnson finding out that the ellen degeneres show is ending pic.twitter.com/FMElOVzRki