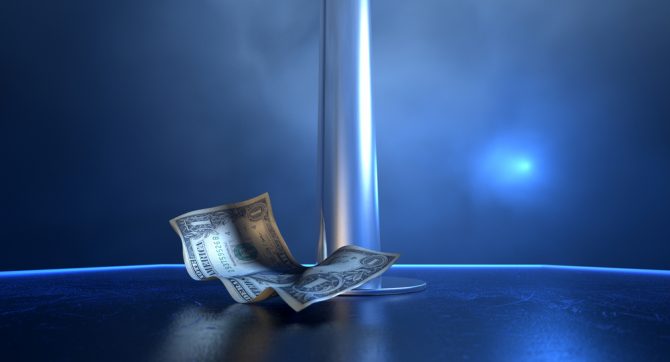 Despite her Baptist upbringing, Nikole Mitchell says she always dreamed of becoming a stripper.

“From a young age, I had fantasized about being a stripper,” 36-year-old Mitchell tells The New York Post. “But I was indoctrinated to believe my desires and my body were innately sinful and bad.”

So instead of pursuing the pole, she pursued a career behind the pulpit.

In 2011, Mitchell and her family joined the Woodland Hills Church, an antigay evangelical megachurch in St. Paul, Minnesota. She worked her way up in the ranks, eventually becoming the church’s pastor.

Mitchell says she attended an LGBTQ-themed play that awakened something deep inside of her.

“I was like, ‘Oh my gosh, I don’t think I’m straight’ and it rocked my world,” she says. “I knew if I revealed my queerness I would lose it all because the church is not welcoming to queer people.”

Mitchell began to feel she was leading “a very duplicitous life” and, one year later, she gave a 4th of July sermon then left the church for good without telling any of the parishioners that it was the last time they’d ever see her.

“I just never showed up again,” she says.

After coming out as bisexual and pansexual, getting some tattoos, and divorcing her husband, the liberated mother of three decided to finally pursue her secret lifelong dream.

She took a pole dancing class, moved to Los Angeles, and launched an OnlyFans page, where she regularly posts x-rated photos and videos.

“I started off really timid like just topless photos, but now I’m at the point where I take personal requests and make videos very tailored to people’s specific desires,” Mitchell says.

She continues, “I’m to the point where, back in March, I was actually going to be paid several thousand dollars to have sex with someone, and I was A-OK with that, but then COVID hit and that got cancelled.”

Now, the self-proclaimed “pastor-turned-stripper” says she’s happier than ever being her true authentic self and owning her sexuality.

“Every person has the right to express themselves in whatever way feels good to them and this is how it feels good to me,” she says.