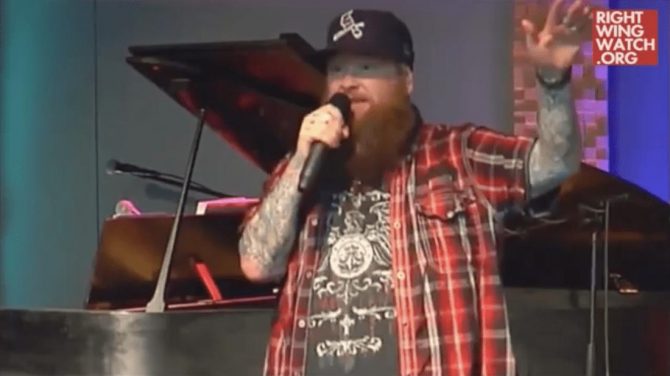 Controversial evangelical preacher Todd Bentley has come under fire after a former colleague has accused him of numerous instances of sexual misconduct.

Stephen Powell, a former associate of Bentley, claimed in a Facebook post that he has amassed considerable evidence that Bentley propositioned both male and female interns for sex to feed his “perverse sexual addiction.” Powell once worked for Fresh Fire USA, a ministry founded by Bentley.

Bentley, for his part, released a bizarre video (which since appears to be deleted) in which he acknowledged misdeeds in the past, but denied being gay. ” I am not guilty of the things that I’m being accused of as far as those homosexual acts,” Bentley says. “Things that are taken out of context in inappropriate text messages or conversations that I had that were not right that I’ve had to own, that go back to 2013.”

We can’t help but wonder about the context in which Bentley could offer someone $1,000 for sex–or why–without actually meaning it.

Todd Bentley has a long history of strange claims, including that he can resurrect the dead, cause people to levitate and heal women by kicking them in the face.