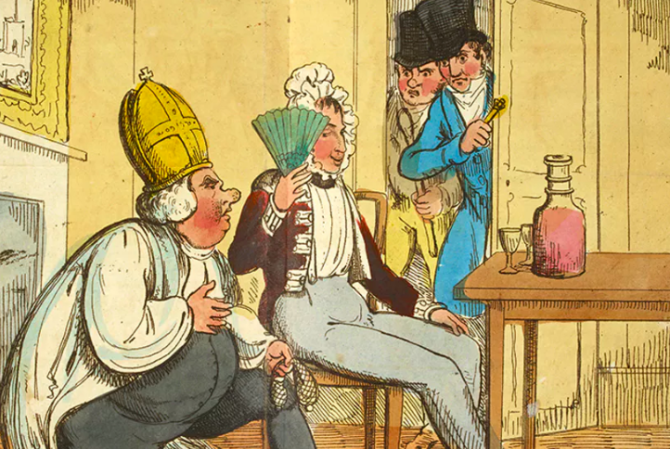 Obviously, gay people have existed since the beginning of time. But little is known about just what it was like to be homosexual 100 or 300 or 500 or 1000+ years ago. Until now.

Peter Ackroyd’s latest book Queer City: Gay London from the Romans to the Present Day offers up some surprising revelations about London’s secret gay past dating all the way back to the Roman age.

Some surprising tidbits of information:

According to Ackroyd, in the 16th century, gay men were referred to as “the loathsome Ganymede,” while lesbians were called “rubsters,” and people had some pretty bizarro ideas about how these mysterious beings behaved.

For instance, in 1709, a man named Ned Ward wrote about “sodomitical wretches” (a.k.a. gay men) who referred to one another as “sisters” and “husbands,” and who “speak, walk, tattle, curtsy, cry and scold…[like] lewd women.” According to Ward, they worse strange clothes, not dissimilar to that of mummies, and would prance through the streets mimicking “the wry faces of a groaning woman” giving birth to wooden dolls.

Of course, no salacious book about London would be complete without some dirt on the royals. Ackroyd’s delves into all the allegedly gay monarchs, including William Rufus, Edward II, Richard II, James I, and William III and what they called their “favorites” (a.k.a. male tricks). If ever one needed evidence of the gay gene, they need look no further than the Royal Family.