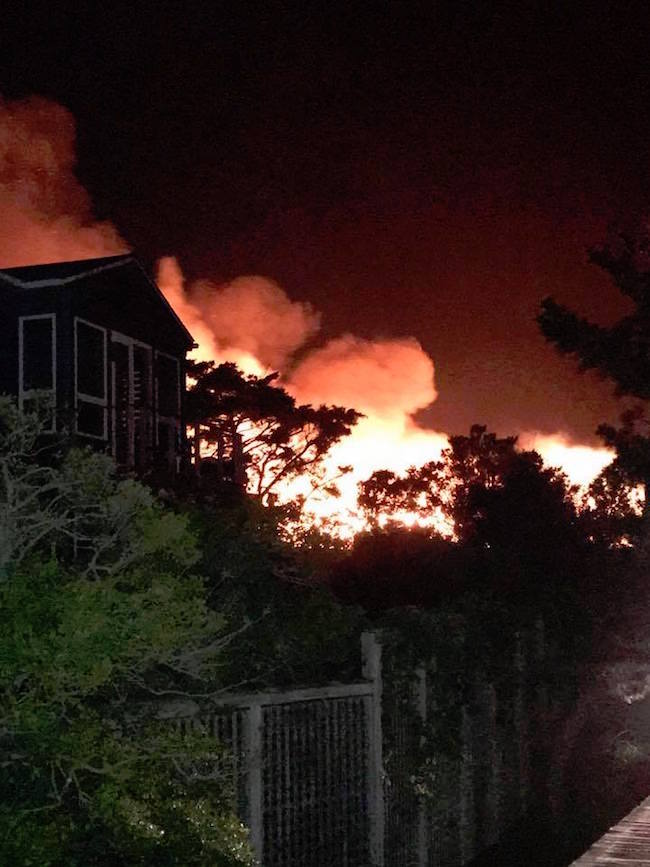 Around 1 a.m. Friday morning, an intense fire tore through several luxury homes in Fire Islands’ Pines section, bringing almost 100 firefighters to the scene to get the blaze under control.

“Huge fire, it’s a huge fire everybody,” one firefighter is heard saying on radio transmissions between first responders. “We have one house fully involved, second house is about to catch.”

As many as four homes were destroyed by the flames, and many others were damaged.

According to crews, windy conditions helped fuel the flames since many of the houses in the area are made of wood.

According to a report from CBS, at least two firefighters suffered injuries, albeit minor ones. One firefighter allegedly suffered smoke inhalation; another injured his ankle.  an ankle injury.

Bad fire on Ocean walk and Cedar in fire island. Everyone came out to help. I think 4 or 5 houses burned to the ground. Sad day for our community. Seems like is under control now.