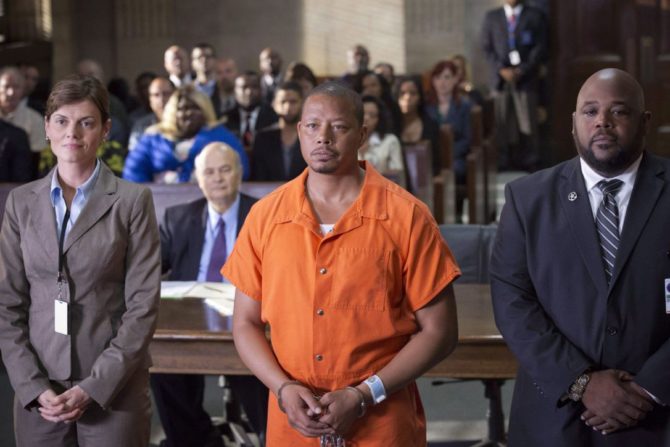 Collective eyebrows in Hollywood raised back in 2015 when Lee Daniels, director of the indie hits Precious and The Butler announced he would create a hip-hop musical soap opera for the Fox network. Exactly, how would that work? Would an audience actually watch?

Thankfully, Daniels has always taken wild risks with his work, and had a great eye for casting. Empire stars Oscar nominee Terrence Howard as Lucious Lyon, a former drug dealer turned record mogul, presiding over his own successful hip-hop label, Empire Records. Fellow Oscar nominee Taraji P. Henson plays his wife Cookie, who years ago took the fall for his drug dealing. After completing a 17-year prison term, she returns home to Lucious and their three sons, ready to take over her own share of Empire. Drama, scheming and backstabbing ensue as Lucious, Cookie and the musicians of Empire Records compete for power, wealth and fame.

Daniels has said his own life inspired our favorite element of the show: Cookie & Lucious’ son, Jamal, played by Jussie Smollet. As an aspiring singer, Jamal struggles to reconcile his homosexuality in the ultra-macho world of showbiz and hip hop. Empire, under Daniels’ watchful gaze, treats the character and his storyline with care, providing a fascinating and often moving look at the struggle gay men face within the African-American community. As we observed last week, Smollet, for all his personal issues, is a sexy, talented and charismatic actor. He makes Jamal into an unforgettable and relatable character; it’s a shame his story was cut short due to Smollet’s legal woes.

Of course, the real fun of Empire comes from all the soapy drama, and from the sassy command of Henson’s Cookie Lyon. The character ranks alongside Alexis Carrington (Dynasty), Amanda Woodward (Melrose Place) and Cersei Lannister (Game of Thrones) as one of the most deliciously wicked bitches in the history of television–and one many a queer man has tried to emulate in a pinch. The Cookie-Lucious relationship also reminds us of another great, soapy family epic: The Lion in Winter. Much as in that play and subsequent film, a couple with three rival sons competes for power and glory in an empire of their own creation. While it seems the pair would love to kill one another (and at times literally try to do so), the overtures bury an undying, complicated and passionate love. In a sense, Lucious and Cookie love each other for a simple fact: nobody else in the world could go toe to toe with either.