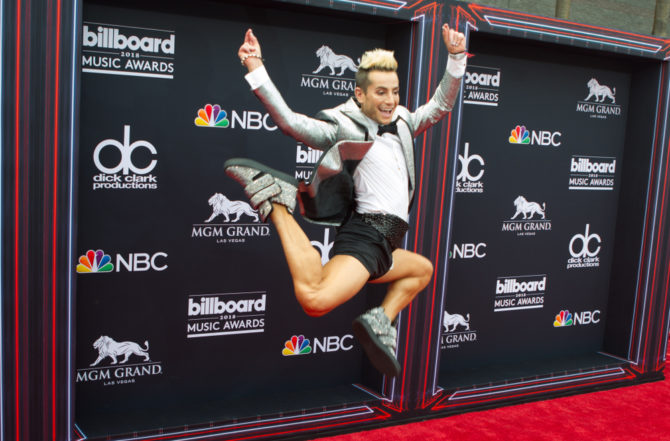 Frankie Grande has opened up about how he believes his appearance on Big Brother changed the world for the better by offering people a “different concept” of what it means to be gay.

Speaking to the podcast Behind The Velvet Rope, Grande said, prior to casting him on the hit reality show, CBS always cast the same type of “meek” and “conniving” gay men.

“Big Brother has done a very good job of casting a very certain type of homosexual on that show every single season,” he said. “They’re the meek, conniving, kind of backseat, like scheme-y gay and they want that.”

The 38-year-old, who appeared on Season 16 of the show in 2014, where he finished fifth out of 16, went on to say that he “truly” believes the only reason he got the gig was because producers “couldn’t deny” that he brought “a certain level of fame” to the show.

“They were so obsessed with the fact that they were going to get a YouTuber and a personality on their show for the very first time. I was the first influencer to ever be on Big Brother. They kind of let the fact that I wasn’t that type of gay go.”

Grande added that most of the gay men cast on the show in the past were not “beast players” like him.

“I was more of a like comp beast player, like in your face, like try to beat me, like, come on, try to beat me. Like if you were going to beat me, then you have to put your money where your mouth is kind of kind of person.”

He added, “It wasn’t the strategy that was employed by other gay people prior to me, which was interesting.”

Grande went on to say that, after appearing on the the show, people from all over the world have reached out to applaud him for “[giving] the world such a different concept of what a gay man was.”

He also said that people continue to approach him to say that how his appearance on Big Brother changed their lives and their relationships with their families.

“I just kind of showed the world a whole different side of the homosexual Kinsey scale. People were so receptive,” he said.  “People come up to me and they’re like, you know, my family accepted me as gay when I came out to them because they saw you on Big Brother. And I was, like, that’s unbelievable.”

Listen to the full episode below.