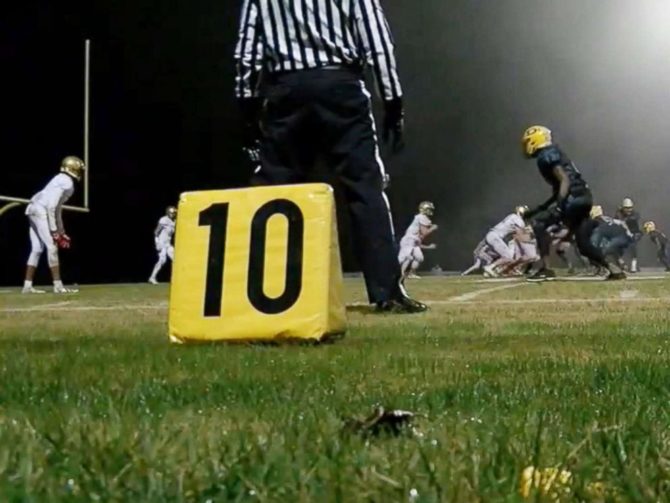 Four high school football players in Maryland are accused of raping several of their teammates with a broken broom handle during a homophobic hazing that is being described as “astonishingly cruel”, the Washington Post reports.

The alleged attacks happened at Damascus High School in the town of Damascus, an unincorporated community in Montgomery County, Maryland.

The four athletes, all aged 15, are being charged as adults with one count of first-degree rape, three counts of attempted rape, and one count of conspiracy to commit rape.

A fifth student was originally one of the victims but later joined the gang of rapists to help assault at least one other teammate; he is being charged as a juvenile.

According to prosectors, one of the alleged victims says he was held him down as his pants were ripped off his body and a broomstick “was inserted into his anus a few inches.”

Two other victims say were also attacked, but both managed to fight off their assailants before they “got the broom.”

A fourth victim claims the broomstick, which he described as a wooden handle with a “cut on the tip of it” said he was repeatedly “stabbed” in the anus. When he tried to fight off his attackers, they told him it was just a team “tradition” from “generations ago.” 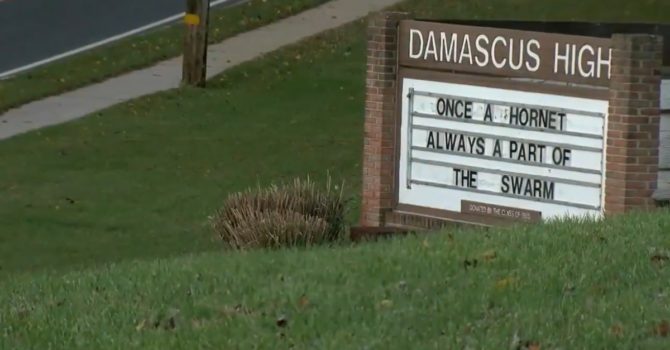 “Each defendant played a significant role in carrying out their plan to sexually assault the victims in this case,” the state’s attorney Peter Feeney said in court this week.

“Whether it was pushing, punching, stomping, holding down, tackling or wielding the broom. The crimes could only have been committed with the active participation of each defendant.”

Feeney went on to call the attacks “astonishingly cruel.”

All of the accused assailants were released Tuesday on $20,000 bond each, according to court records.

Montgomery County Public School District Superintendent Jack Smith confirmed that the district is working with police and offering support to students who have been hurt.

“Our thoughts are with the students, staff and all who have been affected,” Smith says.