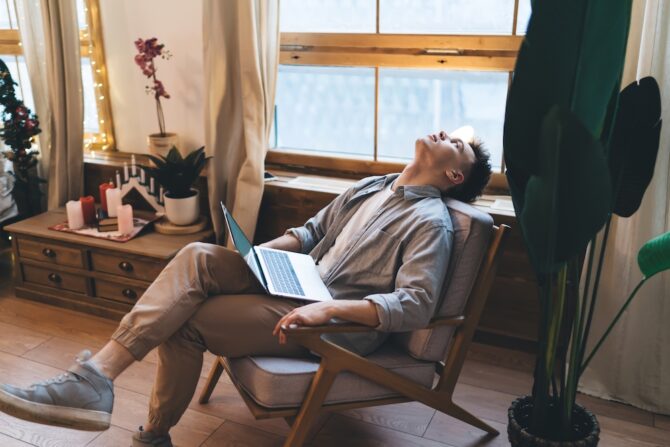 For many of us, the grand reveal of coming out is the culmination of a years-long thought process. First, you notice the signs. Then you figure out what those inclinations mean. Then you acknowledge and accept your identity. And only then do you come out.

Gay Redditors recently shared their coming-out timelines after one user asked, “How old were you all when you accepted your sexuality and came out?”

And as you might expect, the responses were all over the map. Some people acknowledged their sexuality early in their lives, and others lived a lot of life before having that “aha” moment. Hey, everyone is on their own journey, right?

Here is a portion of the responses from that thread, edited for clarity:

“I was 22, though I sort of knew for years and was ashamed to admit it. … I’m bi, but honestly questioning [that because] I definitely prefer other guys. I came out to my mom as gay when I was 16, then at 17, I started dating a woman due to pressure from friends and a teacher we both had. So I eventually decided I was bi for that reason. Now, after having a brief relationship with a guy, I often wonder if I can go back to dating women again.”

“I’ve known I was gay since I was 12 or 13 but was ashamed of it and kept it a deep, dark secret that I revealed to no one. I had a serious case of internalized homophobia. I started to accept my sexuality in my 40s, and then I started to come out to friends and family earlier this year, at 46. Now I’m totally at peace with my sexuality.”

“I knew when I was really young, too, and had a friend that I used to play ‘games’ with. Didn’t really know what it was or that it was different until one day he abruptly said he didn’t want to do that anymore. I was probably 12 then, and then it sunk in that maybe it was viewed as different or wrong. From there, he shifted to a different school, and I went on knowing but hiding it until I came to terms in college. I almost got married, but I’m so glad I didn’t; it wouldn’t have been fair for her. I hadn’t planned on telling my conservative parents, but suddenly, they started into a bloody divorce, and at that point they were both trying to win us kids over! … So they had no option but to accept it, and it really wasn’t ever an issue. But I still hid it the best I could in my work environments. Didn’t need any extra judgment.”

“I so didn’t want to be gay. I dated girls in high school and college even though I loved sneaking looks at guys in the gym and around campus. Tried to be ‘normal’ and have a family. Got married at 35, had a kid but had to think about guys during sex. Got divorced after 18 years when she finally figured it out. It took 4 years after that for me to come to terms with my being gay. When I finally could admit it to myself, I went on Zoosk and luckily found my boyfriend of two years. I have told my close siblings. My dad died before I could tell him, and my mom has dementia, so telling her is out. In the process of telling my close friends now — I’m 60. I wish society would have been more accepting 40 years ago. It would have saved me lots of confusion and hurt.”

Related: Kal Penn is asked why he didn’t come out earlier and this was his response

“Just turned 61, and three marriages later, I can finally admit to myself that I am gay. Explains a lot about the way I am in mannerisms and thoughts. It’s a relief, to be honest.”

“It was incremental. I admitted I liked guys but maintained that I had to like girls as well … so I came out to my friends as bi at about 13. Never came out to my family, though, because I figured I’d deal with that if I ever ended up dating a guy. Eventually figured out I was gay, not bi, by a process of trial and error — ‘error’ being hooking up with girls. And then I came out to friends as gay when I was about 23, and to my family when I was 25.”

“Thirty-three years. I was absolutely in denial before that point, despite very obvious signs. I was raised in a pretty repressed household, though, so I was taught from an early age how to bottle things up and avoid anything involving sexuality.”

“I have to accept myself every day and still have to come out on a regular basis.”

“I was 19 and in college. Although I had known my entire life that I found boys more interesting than girls, I had just never really accepted it or even thought it was a real thing that was possible to pursue, as there were no openly gay kids at my high school, and had I come out, I surely would have been a lighting rod for abuse. I remember being in kindergarten and always wanting to be around this boy named Nate. That same year, Titanic came out in theaters and I begged my parents to take me and my siblings after I had read a book about it at school, and I was obsessed with the story of it. However, a young Leonardo DiCaprio taking off his clothes in the car would be a sexual awakening, as I remember hoping we would see him naked after we got to see Kate Winslet’s breasts. There would be other boys as the school years went on: Dylan and Logan in 2nd grade, then Jerrad In the next. And oh god, all the hot boys in the grades above me who bullied me for being ‘a queer.’ When I got to college, I met the first boy who was as just as interested as me. And during that semester, I was lying In bed, alone, staring at the wall, with my internal monologue saying, ‘If you do this, there is no going back. It’s all or nothing.’ And now I’m gay.”