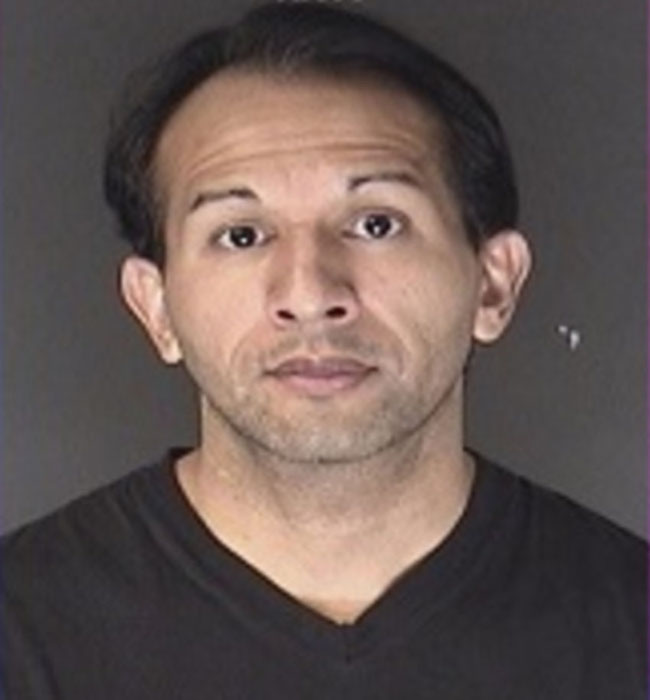 A landlord has been thrown in jail for using his tenants’ apartment as a gay sex den when they weren’t home.

40-year-old Carlos Quijada-Lara of Colorado Springs, CO pleaded guilty to criminal trespassing and misdemeanor obscenity after a security camera captured him in the act.

The tenants were newlyweds Logan Pierce and Mikaela DiGiulio. Last winter, they set up cameras in their $1100-a-month apartment after suspecting someone had been sneaking in while they were out.

One afternoon, Pierce received an alert on his phone saying the system had detected noise in the apartment.

“I got a notification from one of the cameras on lunch the other day that it detected noise and was strange because both of us work all day everyday,” he told his local news station back in December.

When he logged online to check the video feed, he saw his landlord and another man having a sex romp on their marriage bed.

“I opened up the camera and kind of had to like quit the program and like restart it again because I didn’t really believe what I saw. I guess the first thing that went through my mind was, like, complete and utter disbelief.”

To add insult to injury, when the men had finished doing the deed, Quijada-Lara’s paramour used DiGiulio’s wedding dress from a nearby laundry pile and used it to clean himself up. Meanwhile, Quijada-Lara used another garment to wipe up a lube stain on the sheets.

Pierce and DiGiulio gave the sex minutes of footage to the Colorado Springs Police Department, along with DiGiulio’s wedding dress.

Pierce and DiGiulio have since moved out of the apartment, with Pierce telling KKTV:

Just to have somebody to come in unannounced is enough, but… then go forth with sleeping with somebody on your bed while you’re not there. It was scary.”

If ever in doubt, remember this general rule of thumb: Don’t do that.