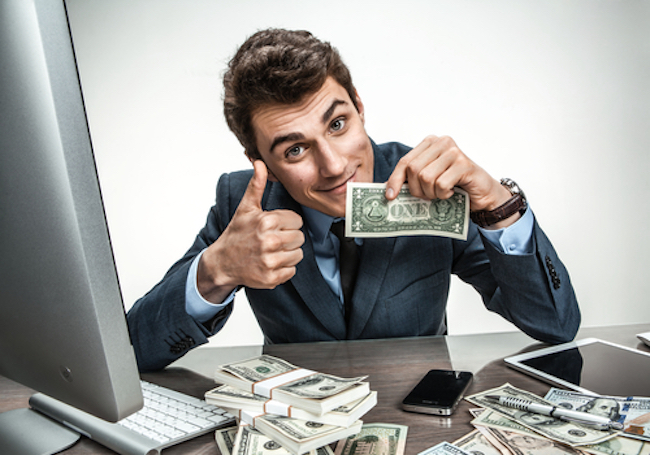 As the world’s perspective towards the LGBTQ community becomes more accepting, how does this shift translate into the amount of our paychecks?

According to an article published in Harvard Business Review, the “gay male earnings penalty” has all but disappeared. Beyond that, it’s evolved into a 10% premium, meaning gay men are earning “substantially more than straight men with similar education, experience, and job profiles.”

But how could that be, exactly? Kitt Carpenter, the article’s author, points to Dan Savage’s explanation: The too-pat mantra “It Gets Better.” If discrimination towards gay men is no longer acceptable in the workplace, that explains why the “gay male earnings penalty” has all but disappeared.

On the other hand, Carpenter finds the “It Gets Better” theory “does not seem well suited for explaining the emergence of an earnings premium (did it really get that much better?)”.

He thinks “more research is needed to understand the nature of workplace attitudes regarding sexual orientation and how these might differ between gay men and lesbians.” He argues the association between gay men and HIV could be a factor — it once had a negative connotation, but not so much anymore — or the “changing nature of family lives” that links to “the changing nature of workplace” mores:

A gay male couple who gets married may have one partner select out of the workforce to focus on caregiving responsibilities; this might make the other partner more productive at work, resulting in relative improvements in gay men’s earnings relative to those of straight men.

Ultimately, Carpenter feels the new research raises a lot more questions than answers. The next task, he says, will be for scholars to shed further light on “differential workplace experiences of sexual minority men versus sexual minority women and highlight the strong interconnections between the spheres of work and family for LGBTQ Americans.”

The whole article, which deserves to be read in its entirety, can be found here.