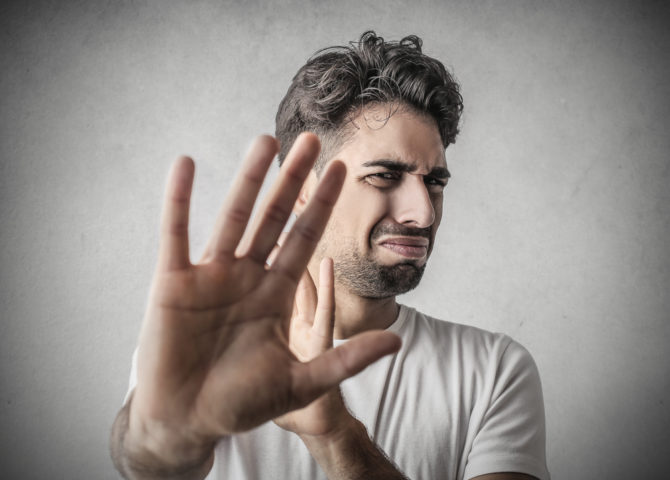 Most people would agree that homophobia sucks. So does misogyny. So why do so many guy guys who have experienced discrimination in their own lives still say and do demeaning things toward women?

Way back in 2014, Rose McGowan took a lot of heat for saying, “Gay men are as misogynistic as straight men, if not more so.” McGowan later apologized for the comment, saying she shouldn’t have made such a sweeping generalization. But her sentiment really wasn’t too far off.

“We all know someone who loudly proclaims how grossed out he is by vaginas,” Lang writes. “Then there are the guys who think its fine to drunkenly toggle a woman’s breasts in a bar because he’s not attracted to her.”

Now, in an op-ed published by Elite Daily, writer Sean Abrams says he’s totally done with being labeled as a “gay best friend,” and he’s directing his frustrations about it at women.

“If you’ve ever heard those three words, odds are, you’ll assume we’re someone who is overtly sassy, will talk sex tips with no judgment and can tell you when your ass looks fat without you getting offended,” Abrams writes with just the slightest trace of misogyny.

He continues, “‘GBFs’ are all the rage, it seems. It’s cool for girls to be unique and–outside their regular circle of gal pals–have that one guy whom they can hang around without the fear of that person always trying to get in their pants.”

By “girls” and “gals” we assume he means women, not female children.

“Apparently, we like to get things riled up, bringing around excitement in the form of some quality catfights,” he writes. “But that’s too bad, considering I f*cking hate getting myself caught up in the middle of stupid drama. I have no time for that, and I’m around for way more than to be at your beck and call.”

Being labeled as a GBF may seem like fun at first, Abrams continues, “but when it continues to be a repetitive trope that misuses our sexuality to pigeonhole gays into a sole role as the sassy, advice-giving influencer in your friend group, then there’s nothing to be applauded.”

We would add that pigeonholing women into a role of needy, emotional basket cases in constant need of reassurance and affection shouldn’t be applauded either.

The whole thing, Abrams says, is “dehumanizing.” Especially because he is “as far from effeminate as you can get when it comes to my mannerisms.”

Going back to Nico Lang’s article, Lang says attitudes like this are not helpful.

“Misogyny hurts gay men, too,” he writes. “Because misogyny is at the root of homophobia.”

Gay men are stereotyped as feminine because we have sex with men, and society has a negative association with femininity. It’s an insult to walk, throw, or talk like a girl. When a gay man is beaten up, or taunted as a “faggot,” it’s because he’s viewed as being like a woman. Which is the worst thing a man can be. (Just look at all the “no femme” profiles on Grindr.)

So where do we go from here?

Lang says gay men can start by being a little more open-minded.

“We can all benefit from a little education,” he writes, “and instead of brushing off accusations of sexism or, worse, gaslighting our female friends, we should just listen. But if gay men don’t evolve past their own misogyny, it’s not because our sexuality gives us a pass. It’s because we refuse to learn.”