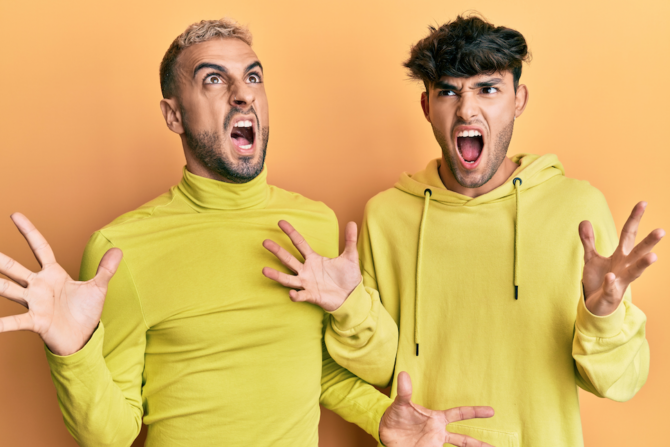 Apple touts itself as being one of the most pro-LGBTQ companies in the world, so you can imagine how Gay Twitter reacted upon hearing the news that the tech giant had plans to do away with apps like Grindr and Scruff from iOS. And during pride month no less!

But before you go feverishly tapping while you still can, Grindr isn’t going anywhere. Or Scruff for that matter.

The whole thing was a big misunderstanding, sparked by pesky little section 1.1.4 of Apple’s updated “what’s not allowed” section of its terms and conditions for developers who want to appear in the App Store.

Many understandably read this as Apple laying out a path towards banning gay “dating” apps, which have been used to facilitate a hookup or two. Or so we hear.

Apple banning Grindr. I can’t wait for my cruising era

Apple prepping to shut down queer dating apps is why we want to keep corporations out of Pride. Profit will always get in the way of queer liberation, whether it's Apple's Nanny State approach to content curation, or payment processors cutting off funds to sex workers.

And yes, if Apple was banning Grindr and Scruff during the month of June (or any other month, really), the optics would not look great.

The good news is they are not.

Speaking to AppleInsider, the company clarified that the new language came in response to some recent scam apps popping up in the store, and is intended to “to stop the proliferation of apps that weren’t actually legitimate dating platforms.”

“Apple clarified that casual dating apps like Grindr or Scruff, which have been legitimately operating on the App Store for years, won’t be impacted by guideline 1.1.4,” the outlet of all things Apple reports. “The company made clear that there is no prohibition on dating preferences within its App Review policies.”