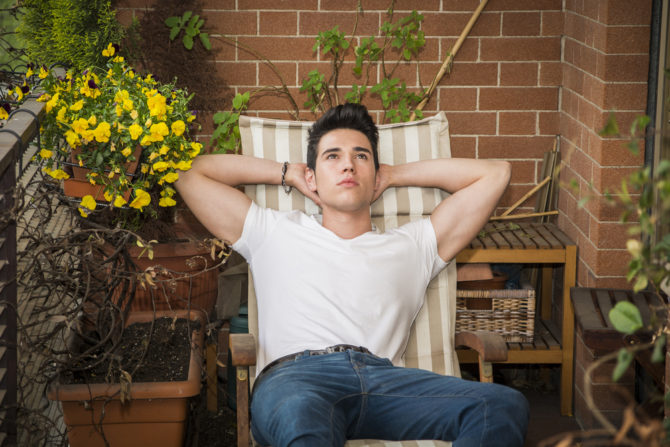 A 48-year-old straight-identifying man on Reddit says he can’t stop thinking about large penises and it’s really freaking him out.

The man recalls an incident that happened decades earlier, when he was in college. His girlfriend at the time cheated on him with another guy.

“They went out after work, got really drunk and she had sex with him,” he says. “I wouldn’t stop hounding her until she gave me details. Was he better than me, was he bigger than me, etc.”

The girlfriend confessed that he other guys was “bigger” and “thicker.” Ever since then, the man says, he’s never been able to stop thinking about large dongs.

“I was so f-ing pissed at her and heartbroken and jealous,” he confesses, “but I was also really turned on. I had never thought about a hung guy until then.”

Cut to over 20 years later when the man says he still can’t stop “fantasizing about big dicks in many different scenarios.” To be clear: He says he’s not interested in actually having sexual relations with another man, but the idea of “giving a guy a hand job or sucking a big d*ck does turn me on.”

He wonders: “Does anyone else do something like this?”

“I’m straight but fantasize about the same thing,” another guy says. “It’s not something I really want to do. Bit it is a turn on.”

I mean I think it doesn’t make you bi (but even if it did, what does it matter?). But I have a similar experience as you do. I’m a straight guy and I get turned on by seeing male underwear models with their bulges showing on the underwear packs at clothing stores.

I think the reason why is because I imagine myself wearing that underwear and feeling really sexy. I’ve also read an anecdote from a straight woman who said she gets turned on by seeing tampon commercials. You’re okay!

A woman also chip into the conversation.

“Female here,” she writes. “It’s normal. My partner is the same and often when having sex, his dirty talk involves him saying how much he wants to f*ck me while having a large c*ck inside him. Turns us both on!”

“Who cares about labels?” someone else concludes. “That’s why sexuality is referred to as spectrum these days. There’s who-knows-how-many notches between bi and straight.”

Related: Proof that there are way more straight dudes into gay sex than you might think