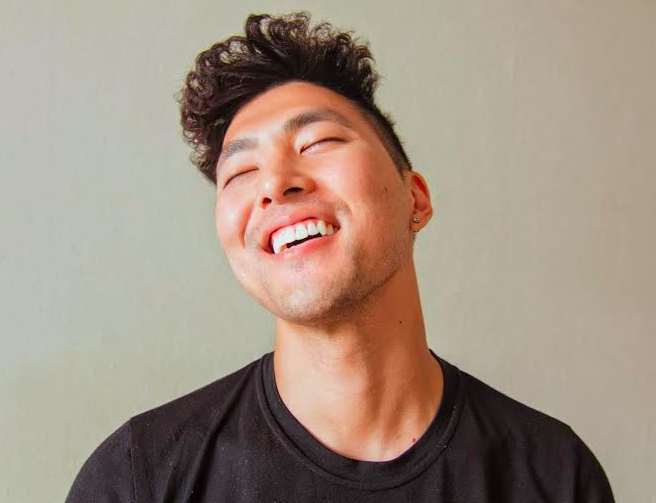 From a young age, I knew I was different.

During one of my classes in second grade, I was caught talking in Mandarin with one of my Chinese classmates. Instead of simply telling us to stop, something had hit a nerve with my teacher. She paused the entire class and proceeded to lecture us in front of our peers.

“This is America. We only speak English!”

That was the day I learned my culture was dangerous in the white suburbs of Los Angeles, where I grew up. It scared people and it hurt me as I learned to navigate life as a second-generation Asian-American.

A few years later, I quickly surpassed my mom’s English comprehension skills. I was not yet old enough to fly alone, but I was helping her translate important documents and understand household bills.

My family’s culture never seemed valuable within the context of my American life. This was reflected in the advertisements, television, and movies I was surrounded by. I rarely saw anyone who looked like me, let alone be queer, out, and proud. There was almost no room for my Asian identity in the American dream, and even less room for my gay one.

During that time–and still today–most queer advertisements featured muscular white men. The only Asians in queer ads were promoting Asian-themed parties and products. All I wanted was to fit in and feel accepted, but the color of my skin continued to remind me that I was inferior. I struggled to find my space, especially in the gay community.

As I ventured out into the gay dating space, I installed Grindr as part of my coming-of-age. It didn’t take long to feel out of place. Profiles read “No Asians” and I received racist messages every single day filled with Asian stereotypes about playing sexually submissive roles, having a small penis, or constantly being asked, “No, like really, where are you from?”

Despite all of this, I took this on as a challenge to find space within the only home I knew.

I continued to try my best to assimilate into American culture by adopting white mannerisms, having mostly white friends, and strictly dating white men. At the time, I wondered if having a white husband was my key to salvation and I would finally be seen for who I am. But no matter how much of a self-proclaimed “banana” I was (white on the inside, yellow on the outside), I still presented as a gay Asian man.

After three decades, I finally realized that this feeling of inequality and inadequacy could never be outrun. No matter how hard I tried to shed my heritage or fit within American society’s heteronormative structures, I could not erase the racism and prejudice that others were unwilling to let go of.

For many years, I blamed the pain I felt on others: my second-grade teacher, mass media, and American society, in general. But in focusing my energy on finger-pointing, I lost sight of myself. I could not see that I was incessantly judging myself based on the criteria of other people, people who I had no control over.

I know now that this feeling of being not “good enough” was never mine to own. In fact, it is for me to redefine.

By validating my existence with this self-loving language, I was able to fill the void of longing to be seen and understood. By truly loving my identities unconditionally, I discovered the self-worth that I had been chasing from others for so long. Being “good enough” starts from within.

And with forgiveness, I can compassionately let go of the hurt people have caused me with their racist remarks, especially my second-grade teacher. Releasing these people and their mindless comments broke the shackles of pain that had immobilized me in my journey to find liberation.

We are all unique and to quantify enough-ness from person to person is simply impossible. Our genes, our heritage, our skin, our education, our socioeconomic background, our sexual preferences, our gender identity, our hobbies, our likes, and our dislikes all create a one-of-a-kind human being. There will never be someone exactly like us, ever.

As of this moment, there are 7.8 billion people in this world–far too many to not embrace the one person we represent: ourselves. In fact, our identity is the strongest and most resilient anchor we have in this ever-changing world.

I am a gay Asian-American man and I am enough, just as I am.