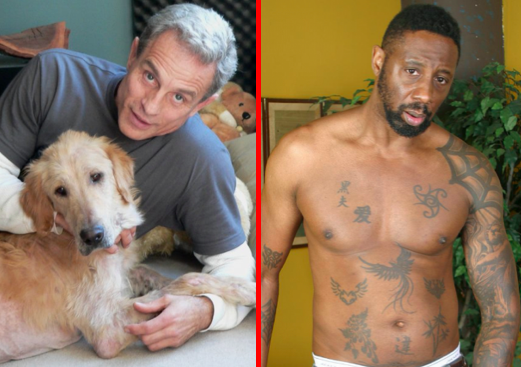 The Daily Beast has just published an explosive exposé on wealthy Democratic party donor and political activist Ed Buck, who is currently under investigation after not one but two gay black men died inside his home just 18 months apart from one another.

DeMarco Majors says he had known 55-year-old Dean for over 20 years prior to his death last month. In November 2018, the two met up for drinks. That’s when he says Dean warned him about Buck, saying, “Ed Buck hits me up all the time, and I don’t answer none of his text messages.”

“There were all these messages, and Tim didn’t respond to none of them,” Majors recalls, adding that Dean told him, ‘I’m not trying to end up dead.’”

It was the last time he ever spoke to Dean.

Walter Harris is another longtime fried of Dean. He tells The Daily Beast that Dean and Buck first met at Gold’s Gym several years ago and quickly struck up a friendship.

“Tim was telling me things about Ed that were kind of odd,” recounts Harris. “Those odd behaviors became kind of obsessions.”

The obsessions included demanding Dean wear white long johns while they did drugs together.

The friendship lasted until the death of 26-year-old Gemmel Moore, who died of a drug overdose inside Buck’s home in July 2017. That’s when Harris says Dean cut ties with the wealthy Democrat.

“It was getting weirder but when the guy [Moore] died, for Tim, I think it went to another level,” Harris continues. “He didn’t want nothing to do with it after that.”

Dean’s roommate, Ottavio Taddei, says he discussed Buck with Dean in the past, with Dean saying Buck was “not a good person” and warned that anyone who went inside his house “might never come back.”

Another friend of Dean’s, Mark Chambers, says he called Buck the “f*cking devil” and “a horrible, horrible man.”

In a post to Dean’s Facebook wall in 2013, Buck told Dean he should “get to work you lazy lima bean,” and referred to him as a “coconut blood clot.” The term “coconut” is a racist slur used to suggest that a person of color is “white inside.”

Both Dean and Moore’s deaths are still being investigated LAPD’s Homicide Bureau, and so far, Buck has not been charged with anything. His attorney, Seymour Amster, insists Buck has done nothing wrong and is 100% innocent.

Related: “You should be ashamed!” Ed Buck flips out when asked about two men who died inside his home