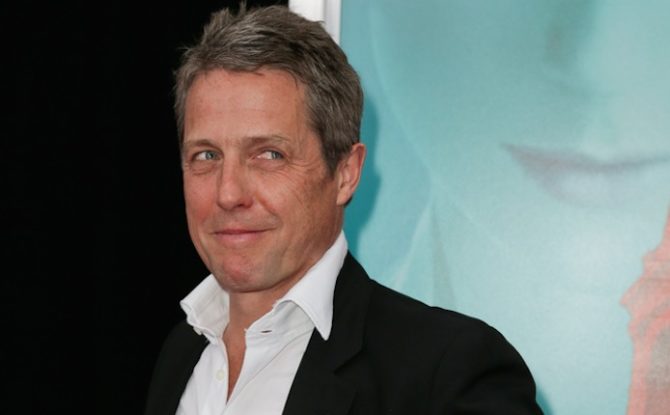 Hugh Grant learned the hard way that making out with someone with a beard can be your face’s worst nightmare.

The rom-com staple stars in the BBC’s upcoming three-part miniseries, A Very English Scandal. The series, based on John Preston’s 2016 true crime book, will offer a fictionalized account of the real-life gay sex scandal that rocked the British public back in the 1970s.

His character hooks up with a young ex-model named Norman Scott, played by out actor 37-year-old Ben Whishaw.

Related: 13 Gay Sex Scenes That Went “Too Far” For TV

And when the director yelled “action”, these two took it quite literally.

“There we were on a Sunday morning shooting, we do a whole love story really in a day,” Hugh told Metro. “We just went for it. I got a rash. I went home to my kids with a rash from Ben’s beard.”

Grant and Whishaw have previously played a married couple in the 2012 film Cloud Atlas, although that relationship was a bit rockier.

Related: The Most Realistic Gay Sex Scenes In Film

“When he was my wife, we were a very unhappy couple. In this one, we just went for it,” the Love Actually star joked.