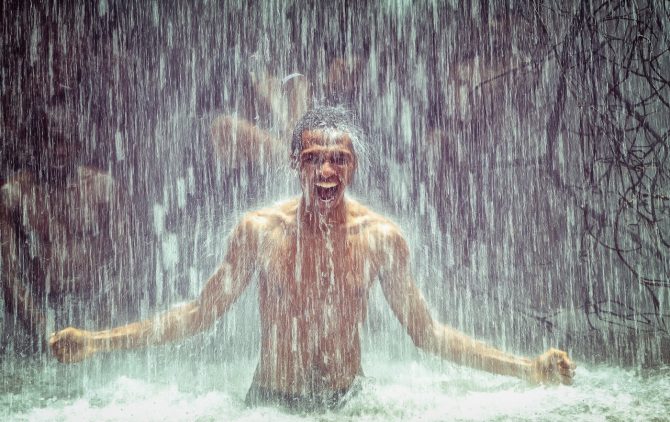 This article originally appeared in the Medium publication An Injustice! on May 31, 2020.

Some mornings I wake up afraid to look at the latest daily headlines. I put it off until I no longer can delay the inevitable. Then I take a deep breath and brace myself.

Lately, it’s been harder than usual. But even before I peruse the breaking news, I know what to expect. Rarely does it fail to deliver. Read all about it: Unarmed black man killed by a white policeman. Black man shot to death by white woman in his own home after she mistakes him for an intruder. White woman calls cops to report “an African-American man” who politely asked her to leash her dog in Central Park.

It’s infuriating and predictable. And some white people wonder why black people are so angry. Of course, we’re angry. I don’t condone setting fire to Minneapolis, but it’s not like those protesters just happened to wake up on the wrong side of the bed and, unprovoked, decided, “Let’s start burning and looting today.”

The past week’s trending stories featuring George Floyd and Amy Cooper sound frighteningly familiar. I’ve had racially charged altercations with cops on three continents, and I’ve had stand-offs with women just like Amy Cooper. One tried to use her entitlement and white femininity to get me tossed out of a gay party at a New York City restaurant when I told her not to cut in front of me in line at the bar.

After trying to put me in my place and failing (the bartender served me first), she went to the bouncer and told him I had hit her. I didn’t have any video footage to prove my innocence (this was in the early ’00s when flip phones ruled the world), but when even the guy with her refused to corroborate the lie, the bouncer told her to let it go. I hadn’t thought of that incident in years, but as I watched Amy Cooper losing it in Christian Cooper’s video, the memory came rushing back, racial subtext and all.

Last week I watched a four-part Henry Louis Gates Jr. documentary from 2011 called “Black in Latin America” and felt an old familiar feeling, one that first crushed me when, as an eight-year-old, I watched the 1977 TV miniseries Roots: I was horrified and furious.

I can’t remember the last time I spent so many hours giving the television screen my undivided attention. Usually, I’m doing something else as I watch, but I couldn’t pull my eyes away from the stories of enslavement, disenfranchisement, genocide, perseverance, pride, determination, and hope.

This time, though, my anger felt different. It was mingled with a certain despair and resignation. I spent 13 years living abroad, and although I experienced and witnessed racism in Argentina, Australia, Thailand, South Africa, and throughout Europe, I always considered the United States to be the epicenter of it. But as Mr. Gates and his various interviewees schooled me on the trials and tribulations of blacks in Haiti, Dominican Republic, Cuba, Brazil, Mexico, and Peru, as I thought of the African continent’s history of colonization by white European superpowers, I started to feel terrified and unsafe in my own skin, right there in my living room. Is there no place on earth where it’s OK to be black?

Every day I read stories by black writers like me who are fed up, in various states of rage. I read and wonder: When we focus on the physical and emotional wounds whites are still inflicting on blacks in America, are we perpetuating the dismissal of black people as victims by white supremacists and armchair racists?

I can’t speak for anyone else, but I, for one, have never felt like a victim. If anything, I’m a survivor, a survivor of a system that’s been stacked against me from birth. Still, I stubbornly persist in my pursuit of happiness, fighting a never-ending battle for truth, justice, and an American way for Americans who aren’t white, male, and straight. I certainly don’t expect the U.S. status quo to just hand anything to me … to us.

Unless we demand it, unless we write about the gross injustices all around us, unless we keep getting in the face of white America and insisting they shut up and listen, white America will continue to ignore us when they’re not killing us. I’d take an intellectual revolution over a violent one, but it’s hard not to see where this might be headed.

For all the trauma we endure as a race, there’s still so much to celebrate. We’re not victims. Black is power, and black is beautiful. I wouldn’t want to be anything or anyone else.

When my white history teachers bothered to dabble in African-American history, they taught it from the white-savior perspective, but Abraham Lincoln didn’t work alone. It’s mostly been up to public libraries and black documentarians to offer awareness of people like Sojourner Truth, Frederick Douglass, Harriet Tubman, Booker T. Washington, W.E.B. Du Bois, Hattie McDaniel, Malcolm X, Medgar Evers, black American soldiers, and so many other heroic and distinguished VIPs of color who were not named Martin Luther King Jr.

I love black literary history, the tradition of black writers like Langston Hughes, Zora Neale Hurston, Richard Wright, James Baldwin, and Toni Morrison. Hollywood peddled Margaret Mitchell’s Gone with the Wind, the story of slavery as suffered by white people, and launched a tradition of white-savior narratives by adapting Harper Lee’s To Kill a Mockingbird, but I find Hurston’s Janie Crawford (from Their Eyes Were Watching God) and Morrison’s Sethe (from Beloved) to be far more compelling and inspiring characters than Atticus Finch and Scarlett O’Hara, and they had to overcome so much more than a biased jury and a debonair dandy who just didn’t give a damn.

I love the black entertainment television that helped raise me, shows like Sanford & Son, Good Times, The Jeffersons, and What’s Happening!! They may have been popular with white audiences, but they were the first TV shows that were about us and for us. They used comedy to reflect the experiences of black Americans who didn’t clean white people’s houses and raise their children. They weren’t minstrel shows. They didn’t play on black stereotypes or whitewash blackness in order to appeal to white audiences.

I love being black. Despite the hardships we face because of the color of our skin, I wouldn’t have it any other way. I’m proud of the legacy of black in America. Without it, there’d be no America. We built this country, literally and figuratively. We shaped its unique culture.

So don’t think of us as victims. Black lives don’t just matter, they’re powerful. We’re warriors, truth-tellers, and artists. They can push us down, but we won’t stay down. We’re not visitors here. This land is our land just as much as it belongs to white Americans.