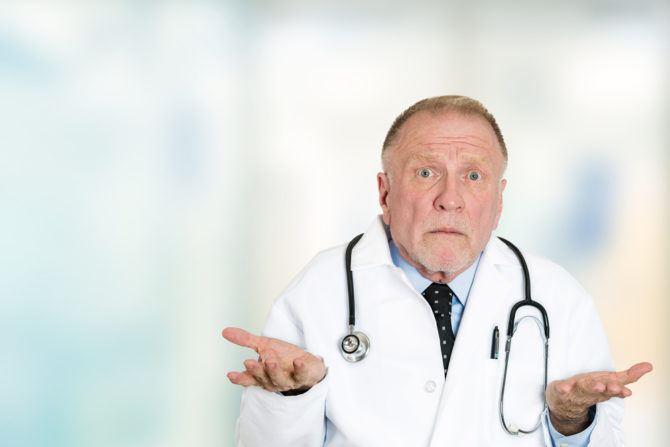 A gay doctor has been denied an insurance policy for one reason: He took Truvada, a once-daily pill that protects against HIV infection nearly 100% of the time. And he’s not the only one.

Dr. Philip J. Cheng, a urology resident at Harvard’s Brigham and Women’s Hospital, first took Truvada three years ago after he nicked himself at work and was potentially exposed to HIV.

Per hospital protocol, he was prescribed a one-month supply of Truvada. After the month was up, he decided to keep taking the drug–not a bad call for a single gay man who has access to healthcare.

Sometime after, Cheng applied for disability insurance. Many young doctors purchase lifetime disability policies to protect them financially in the unfortunate case of an injury preventing them from working.

Cheng was only offered a five-year policy, though. Why? Because he took Truvada.

Related: AHF’s Michael Weinstein Doubles Down On PrEP As A “Party Drug”

In a New York Times piece profiling this blatant discrimination, Cheng is described as a healthy young man who “has never had surgery or been hospitalized, and takes no other medication.”

“And I never engaged in sexually irresponsible behavior,” he said. “I’ve always been in longer-term monogamous relationships.”

His attempts to reason with the company were unsuccessful; he even offered to sign a document that would void his policy if he ever became HIV-positive.

Weighing his risks, he decided to stop taking Truvada. He then applied to another insurer and was given a lifetime policy.

So just to recap… the insurance companies wouldn’t protect Cheng until he significantly increased his odds of contracting HIV. Got it.

…[I]nsurance brokers, gay-rights advocates and staff at medical clinics said in interviews they had heard of numerous such cases. H.I.V. specialists say the denials endanger men’s lives by encouraging them to drop PrEP if they need life, disability or long-term-care insurance.

The denials turn the insurance industry’s risk-management standard on its head: men who do not protect themselves can get policies, while men who do cannot.

“It doesn’t make any sense,” said Dr. Anthony S. Fauci, director of the National Institute of Allergy and Infectious Diseases. “It ought to be the other way around.”

Related: Gay man says he was deported from Australia for having Truvada and sex toys in his luggage

Dr. Robert M. Grant, the AIDS researcher at the University of California, San Francisco, said the practice, which unfairly targets gay men, is “like refusing to insure someone because they use seatbelts.”

The explanation of the insurance companies follows the flawed logic that if someone is taking Truvada as PrEP, they are likely to be regularly engaging in high-risk sex.

It certainly doesn’t help that Michael Weinstein, president of the Los Angeles-based AIDS Healthcare Foundation, has referred to Truvada as a “party drug.”

“The irrationality is enough to make your mind spin,” said Bennett Klein, a lawyer for GLAD.