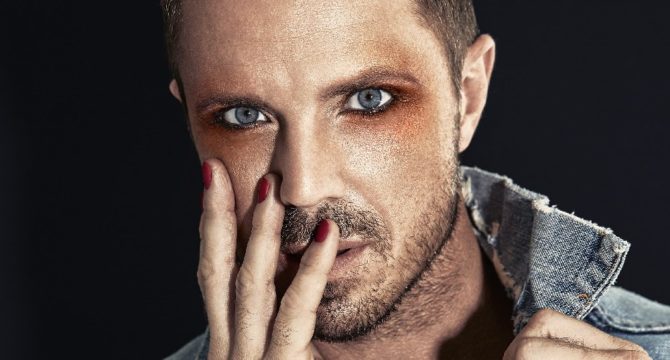 Let’s be honest, what gay guy hasn’t dated someone more than a few years older than him at some point in his life?

In a candid new interview, Jake Shears is opening up about a May/December relationship he had with a man nearly 20 years his senior when he was 16-years-old.

The Scissor Sister frontman, who will make his Broadway debut as part of the cast of Kinky Boots in January, spoke to Attitude about what he describes as a “confusing” relationship with a 33-year-old man that began when he was an adolescent.

“It wasn’t the best or entirely appropriate,” Shears recalls. “I was lucky in the fact that I didn’t feel taken advantage of.”

Related: Jake Shears: “If all you’re giving the world is your body on Instagram, check yourself, f*ck off”

He continues, “He taught me how to play the guitar and introduced me to a lot of great music. But still, there was a lot of confusing, hurt feelings that surrounded the scenario that I could have done without.”

In the interview, 39-year-old Shears also reveals that staff members at his high school in Seattle once threatened to out him to his parents.

When he finally did come out to them, they had a “negative reaction.” Shears developed a close friendship with LGBTQ advice columnist Dan Savage and his now-husband Terry, who he says helped him find peace as a struggling gay teenager.

“They changed my life,” Shears recalls. “They made me feel like I had something to offer.”

Related: Jake Shears Gets Serious About Acting, The Persecution Of Queer People And Performing In Drag