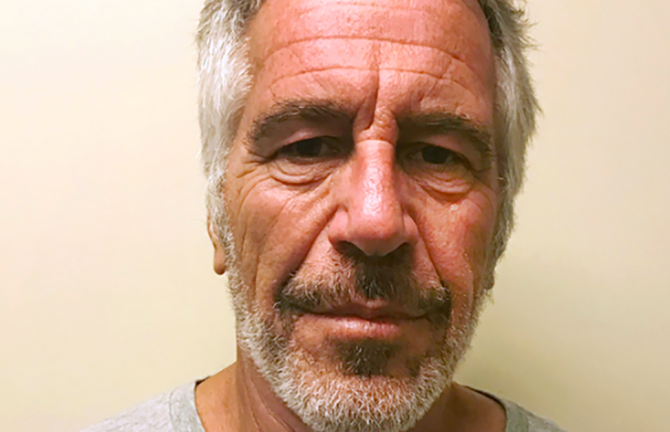 The interview happened last year at Epstein’s Manhattan townhouse and was supposed to be on background, meaning that the NYT wasn’t supposed to name him as its source for whatever information was provided during the conversation.

But, now that the guy is dead, the paper has decided that agreement is moot.

In an explosive article published Monday, Stewart explains that during his interview with Epstein, the billionaire was “unapologetic” about his sordid past, including the fact that he pleaded guilty to soliciting prostitution from underage girls and was a registered sex offender.

In Epstein’s words, “everyone has secrets.”

He also made some disturbing remarks about homosexuality by trying to draw links between it and his own taste for underage female flesh.

He said that criminalizing sex with teenage girls was a cultural aberration and that at times in history it was perfectly acceptable. He pointed out that homosexuality had long been considered a crime and was still punishable by death in some parts of the world.

Stewart also claims that Epstein acted as though what he had done was totally normal behavior among super wealthy guys like him:

The overriding impression I took away from our roughly 90-minute conversation was that Mr. Epstein knew an astonishing number of rich, famous and powerful people, and had photos to prove it. He also claimed to know a great deal about these people, some of it potentially damaging or embarrassing, including details about their supposed sexual proclivities and recreational drug use.

Epstein was arrested last month on federal charges for sex trafficking of minors in Florida and New York. Last Saturday, he was found dead from an apparent suicide in his Manhattan prison cell. After an autopsy, the New York City medical examiner’s office said that it needed more information before determining the cause of death.

Related: Human Trafficker Who Forced Men To Have Sex For 18-20 Hours Per Day Gets 11 Years In Prison