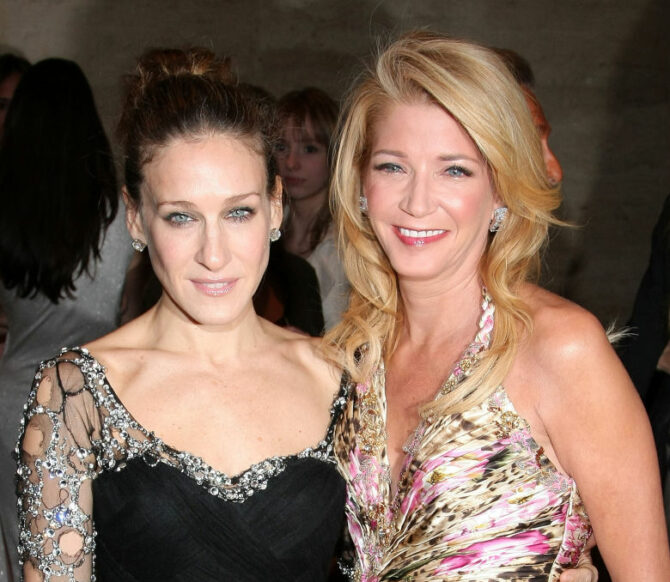 As critics and audiences alike continue to moan over the Sex and the City spinoff And Just Like That, someone close to the production has spilled some major tea about the show’s leading lady.

Author Candace Bushnell, whose sex and relationship column in The New York Observer inspired Sex and the City in all its iterations, spoke about the spinoff to the podcast Behind the Velvet Rope with David Yontef. During the interview, she let slip that actress Sarah Jessica Parker–whose character, Carrie Bradshaw, is a thinly veiled version of Bushnell–had extreme reservations about doing the spinoff.

Related: ‘And Just Like That’ writer says she’s aware you hate the show so please stop sending her death threats

Bushnell further revealed that Chris Noth, who plays Carrie’s late husband “Mr. Big” also did not want to return for the spinoff.

“He didn’t even particularly want to do it either, you know? I mean, he really only signed up to be a guest star,” Bushnell explained.

“I think people tuned in to watch the show because it was really about, specifically, this new kind of woman, which is something that I outlined in the book. A lot of people tuned in to see Chris Noth, you know, that’s another sort of, like, unknown factor.”

Related: The stars of ‘And Just Like That…’ weigh in on Chris Noth allegations

Subsequent to his appearing in the first episode of And Just Like That–and having his character killed off–three women accused Noth of sexual misconduct ranging from harassment to assault going back to 2004. Though Noth denies all the allegations, producers for And Just Like That deleted his flashback scenes from later episodes.

In addition to Parker and Noth’s reluctance to return to their Sex and the City characters, actress Kim Cattrall, who played fan-favorite character Samantha, also refused to sign on to the new show, claiming she had outgrown the role and calling the work environment “toxic.”

As always, amid all the backstage woes, Twitter has thoughts…

My god! Why are they making Steve just the bumbling and confused husband!? I hate this turn for Miranda and Steve! #andjustlikethat #AndJustLikeThat pic.twitter.com/0BkPrWv68z

While Miranda is jumping into bed with the hideously arrogant, Che, let’s remember she’s actually cheating on her husband. She’s becoming less and less like the principled Miranda we knew and loved. WTF have they done to her? #andjustlikethat pic.twitter.com/uuwXxI1YWj

I'd hoped #AndJustLikeThat would be like pizza – good even if it's bad – but it's a steaming heap of garbage. #AJLT pic.twitter.com/xgVgODYm9C

Who is responsible for this Che and Miranda storyline? #AndJustLikeThat pic.twitter.com/jqiQHhFQsP

I can't believe they are doing this to this beautiful couple that went through a lot and planned to be together for 30+ years #AndJustLikeThat pic.twitter.com/wzSUpXPwgF