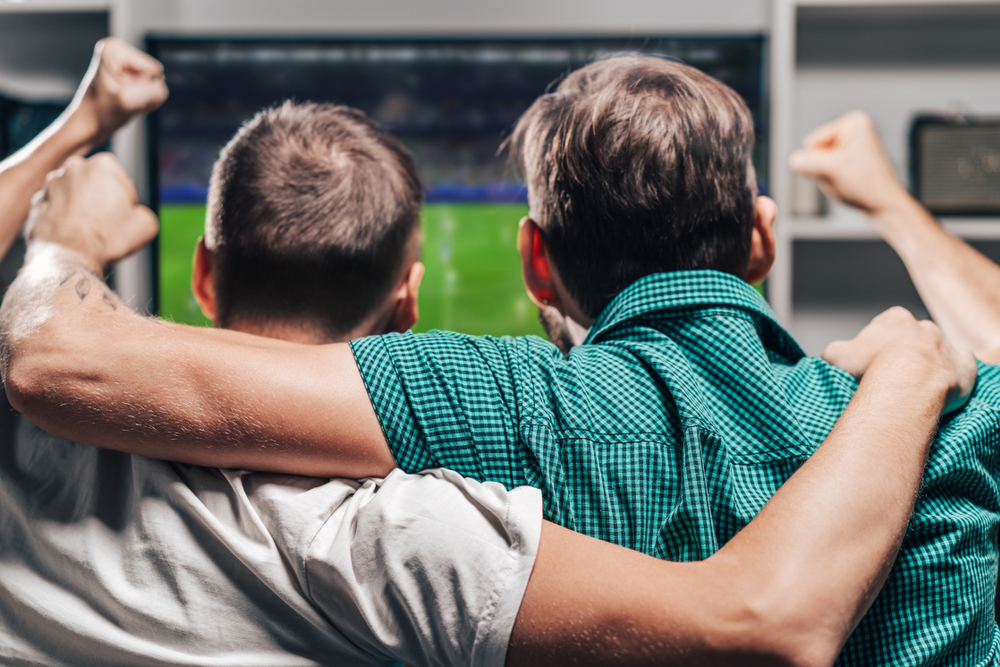 A woman says her husband and his buddies won’t stop feeling each other up and making flirty jokes with one another, and she’s not sure what to make of it, so she’s seeking help from advice guru Rich Juzwiak over at Slate.

“My husband and a few of his circle of friends seem to have this flirtatious homoerotic thing going on where they pretend to (or actually do, in the guise of a joke) flirt, rub each other’s shoulders or thighs, and make breathy jokes about each other,” the letter begins.

The woman says her husband is usually on “the receiving end of it” but it still bothers her because “he doesn’t say anything to his friends in the moment.”

The whole thing has her all mixed up.

She continues, “I don’t get this, and I want to know if I’m in the right to be ticked off. I think living in a liberal area of the county it’s expected that everyone is ‘cool.’ And I am cool. I know he’s not going to leave me for his friends. But what’s up with this nonstop dude love?”

“Sometimes guys have a lot of energy but they don’t really have the tools to express it, so things come out kind of inappropriate and distorted,” he explains. “I’m not saying let’s cry for men and their stunted emotional growth, but we can acknowledge that the ideals of masculinity so many adhere to are at odds with free expression.”

Of course, there’s always the chance they’re curious about exploring sexually with one another.

“As you are probably aware, having sex with men is fun. Maybe they want in. Who knows!” Juzwiak says.

But, he continues, “many straight guys are a jumble of hormones and half understandings of social mores and sports stats and Coen brothers movie quotes and farts. So many grown men (of every persuasion) are really just kids you are effectively adopting when you take them on as life partners. I’m sorry to those men. And to you.”

Ultimately, Juzwiak says the woman needs to talk to her husband about it. See what’s up. Ask questions. Generally speaking, that tends to be the most effective way of getting answers.

“Since you have his ear (for life), why don’t you talk to your husband about it? Origins, how he feels, whether it’s a useful method of blowing off steam, etc.”

What advice would you give this woman? Sound off in the comments section below…