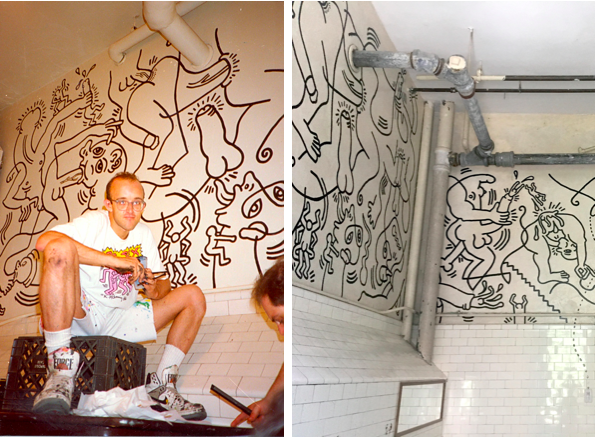 You surely know Keith Haring’s work from his effervescent stickish figures decorating everything from floor-to-ceiling walls to T-shirts to coffee mugs to earrings. But inside the second-floor men’s bathroom at the LGBT Community Center on West 13th Street in downtown Manhattan you’ll find what many consider his most risque work ever.

Alexxa Gotthardt over at Artsy.net recently had a chance to check out the bathroom.

From just outside the bathroom, the corner of a painting was visible through a frosted glass bathroom door that’d been left ajar. It shows an erect penis emanating Haring’s signature squiggles.

Then you step inside and… 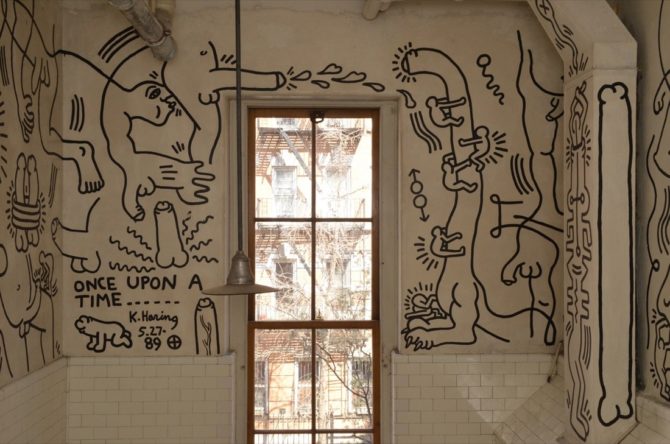 The installation, which features no shortage of cartoon penises, butts, sperms and scrotums, was painted by Haring over the course of several days in 1989 and is titled Once Upon a Time. 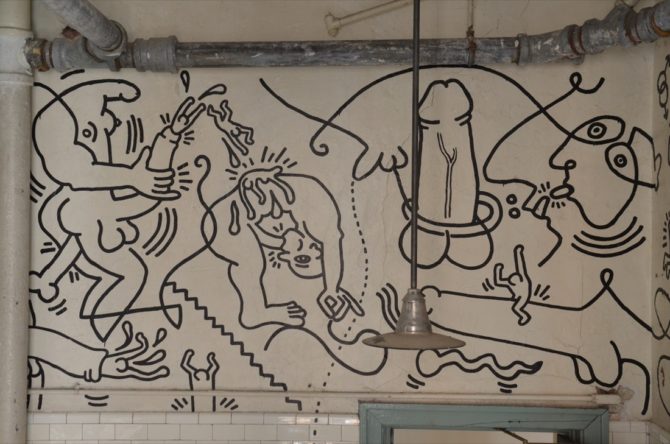 The bathroom isn’t actually a functioning lavatory. The sinks and toilets were removed decades ago and it was closed off for many years. It wasn’t until 2012 that the center restored the mural and opened it to the public for viewing.

Today, it serves as a monument to Haring and, as Glennda Testone, the LGBTQ Community Center’s Executive Director, says, his “vision of a world before AIDS—a celebration of gay male sexuality and resiliency at a time when mainstream America was quite terrified of gay male sexuality.”