But his latest unusual role is anything but. In the new musical parody The Last Breakfast Club, the Disney alum plays a nerd. Ok, a cute nerd, but still.

Clayton steps into the role of Brian in the Los Angeles-based stage play based on the iconic John Hughes ’80s film. It sets the original movie in a post-apocalyptic world where the brain, the athlete, the basket case, the princess and the criminal have been locked in the library in what has become a never-ending Saturday of detention. Under the watchful tyrannical eye of the Principal Vernon (who has since become a zombie), the quintet of misfits deal with their new dystopian life in the Shermer High School.

Clayton says he feels right at home in the ’80s-set musical. “I actually, for the most part, was only allowed to watch ’80s movies growing up,” he says. “[My mom] just loved that era of movies and music and so I grew up watching Pretty in Pink, Sixteen Candles, The Dark Crystal, Labyrinth, Desperately Seeking Susan, Working Girl — you name it, I watched it.”

The musical plays at the Rockwell in Los Feliz neighborhood of Los Angeles, and has Clayton putting pretty good singing and dancing skills to good use, belting out ’80s hits with alacrity while behaving a bit naughty.

Sorry fellas, Clayton keeps his clothes on this time — with the exception of the occasional improvised chest flash. Even so, Clayton makes up for the lack of skin by lighting up the stage with his blue eyes and dreamy voice.

With his publicist hovering nearby, Clayton indicated to Queerty that he would rather keep his personal life private, for the moment, despite the plethora of gay and questioning characters he has inhabited on screen and on the stage. Even so, as he prepared at the Rockwell for his performance, he was happy to chat about his penchant for queer characters, his sexually ambiguous character in The Last Breakfast Club, and his support for pride.

How do you choose your projects? 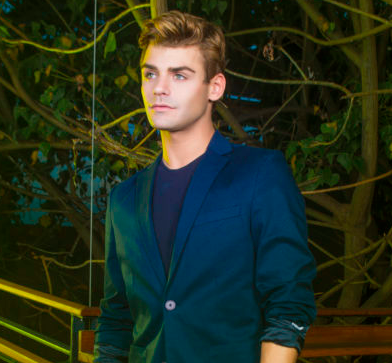 I’ve always said I wanna be a character actor, just cause I think it’s fun. I admire Johnny Depp and the work he’s done is really great, but I’ve also looked up to Ben Stiller because he’s gotten to produce, direct, write, star in his own thing. I’m really inspired by people who are multifaceted and have that ability. I think I’ve always aspired to be that. So, yeah, usually when I’m looking for the next thing I just want it to be vastly different from the thing I did before. It’s just too easy to get pigeonholed and I think it’s a topic that people love to talk about, so I’ve made as much effort as I can to not be pigeonholed into one type of role, because it’s boring to do the same thing over and over again. I like being able to discover that.

How does that reflect your identity and what kind of actor you want to be?

I mean, the Pacino play I just did I was a hooker, and then I just did a movie about a teen boy. The movie, [Reach], opens up on the day he tries to kill himself. It’s about overcoming depression and suicide and learning how to stand up for yourself. The roles I choose teach really good lessons and morals that I want my younger siblings to learn. That was another reason–not only just to do the movie, but because it’s a good message to send out. I’m supportive of that, but all the roles are completely a different thing than what I did before. Now [with The Last Breakfast Club] I get to go play a nerd.

Would you consider yourself a nerd? 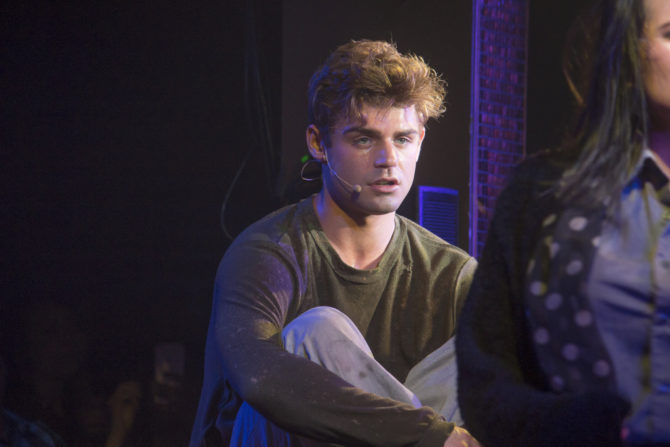 I’ve always been a big fan of, I guess, nerd things. Whether it’s World of Warcraft or dressing up in a cosplay costume — you name it, I’ve done it. I’m playing Star Wars Battlefield on PlayStation right now and when I’m not playing that, I’m playing Starcraft or Sims. 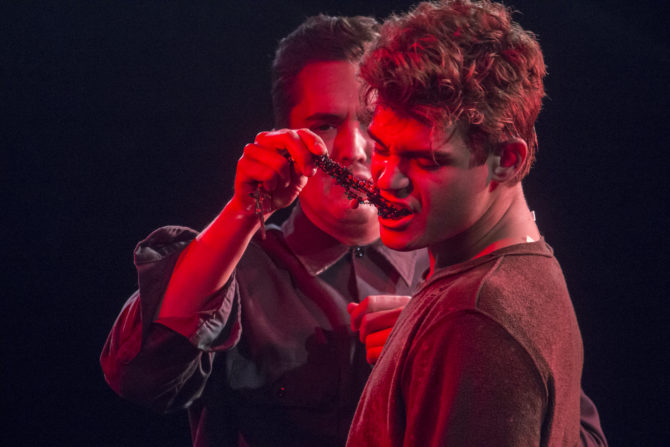 I think it’s just too easy to get pigeonholed and I think it’s a very topic that people love to talk about, so I’ve made as much effort as I can to not be pigeonholed into one type of role. No matter who it is — whoever has been in the Disney and Nickelodeon teen world — it’s just always the same story. People don’t want you to change, and then when you change, they kind of fight it. [King Cobra] was a really cool piece and it was a really interesting role and I got to delve into a completely different lifestyle and work with incredible people. In this past year and a half, if I think about it, I’m a little bit taken aback by it. Just getting to go from King Cobra to Hairspray and now getting to do The Last Breakfast Club — I’m very fortunate.

There are plenty of hints that your Last Breakfast Club character, Brian, is gay. He kind of has this ambiguous relationship with the janitor but he never really reveals anything about his sexuality. 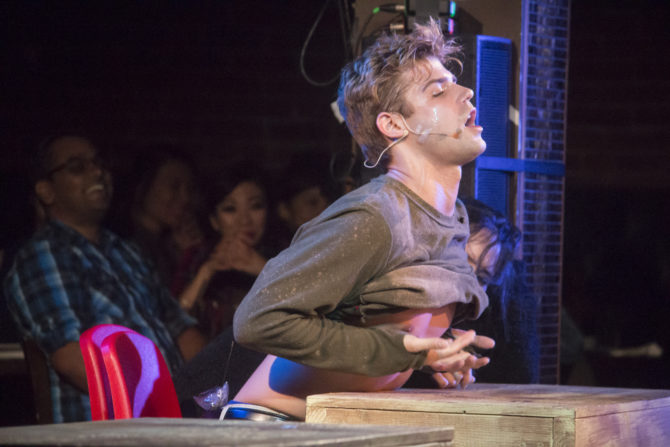 For Brian, he comes from a place of innocence, so for him, it’s like, “Hey, maybe I like that,” or “Maybe this is what I like — I don’t know what I like, because I’m stuck in a f*cking library and I’ve never been to find out who I am. Who are all of these people?” If you look at every other character, they had been locked in here for ten years, and the two couples have been together the whole time. Meanwhile, Brian is just in the middle being picked on. That’s why I make him a little bit skittish because he’s so used to kind of being his own thing. Maybe he has his own inside joke that he likes to laugh about because he’s so alone (laughs).

June is pride month and you have tons of fans in the LGBTQ community, do you have inspiring words of wisdom to celebrate the occasion?

Be who you wanna be — everybody else’s opinions are irrelevant. Love yourself and fuck what anybody else thinks–that’s what I say. (smiles)