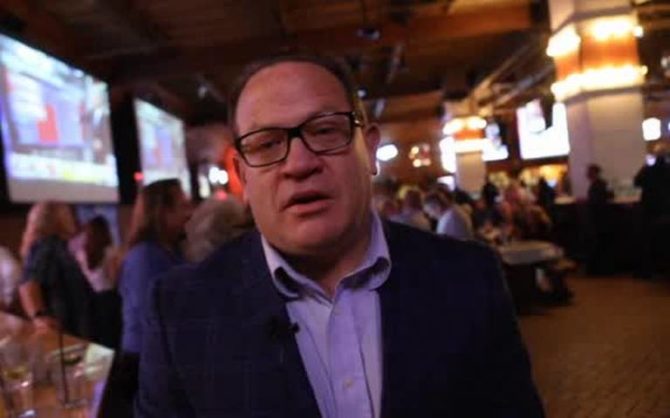 A local Democratic lawmaker from California is under fire for hurling homophobic remarks at a reporter in an online discussion board, the New Times reports.

Adam Hill is the County 3rd District Supervisor in San Luis Obispo County along California’s central coast. He became enraged last week after reporter Keith Gurnee published a series of op-eds criticizing him in the local newspaper, The Tribune.

Things came to a head when Gurnee published an article titled “Supervisors Bruce Gibson and Adam Hill are a disingenuous duo in need of baby pacifiers.” Hill responded to the op-ed in a Facebook comment by accusing Gurnee of being gay.

“[Gurnee] has a bad crush on me and no matter how many times I tell him he’s not my type and that he should maybe try Grindr,” he taunted.

He also alleged Gurnee had sent him “Valentines” and “dozens of obsessive ‘I want you’s'” over the years, a claim he later admitted was not true.

Related: This Antigay Lawmaker Allegedly Threatened To Expose His Naughty Bits At Restaurant To “Prove” He Was A Man

Gurnee, who is married to a woman, replied by calling Hill’s language “disgusting” and “delusional.”

“I do not take your comments as bashing me, they’re bashing gays and that’s a shame,” he wrote. “How can you stoop so low as an elected public official to throw such offal?”

To which Hill replied by calling Gurnee a “little minx” and suggested he “look for love in the right places.”

“I tried to let you down easy but you crave something that I won’t and can’t give you,” he quipped in true middle school fashion.

In a letter sent to the county Board of Supervisors condemning the remarks, Gurnee accused Hill of being a homophobe.

“Calling me a homosexual in an effort to stigmatize and demean me should be viewed as a direct slam to those in the gay community,” he wrote.

He then called on him to resign.

Hill responded to the letter by saying he was “joking” then called Gurnee a “blowhard.”

“I regret that I reacted at all to any of these people,” he said. “Especially a blowhard like him.”

And this, ladies and gentlemen, is why we can’t have nice things.