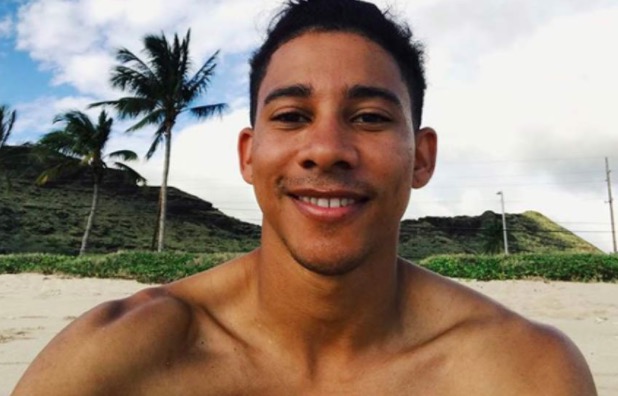 While the broad cultural impact of the new gay teen comedy Love, Simon may take a while to come into focus, you need not look further than the film’s production itself to begin to see positive change.

Just last week, 23-year-old Joey Pollari, who plays Lyle in the film, got candid about his recent coming out experience, explaining that “[Love, Simon’s main character’s] experience was similar to mine.”

Then Nick Robison, who plays Simon, spoke to Ellen about how making the movie opened up a path for his brother to come out.

Now we’re hearing about a third coming out associated with the film.

Keiynan Lonsdale plays school jock Abraham Greenfeld, a.k.a. Bram, and has revealed that he came out to the cast and crew of the film at the wrap party.

I just wanna love you tonight ?

‘Timing is a very funny thing,” he said in a recent interview with HuffPost. “I never imagined, especially as I was going through my own issues, that I would get to play this character in a queer love story.”

He added that the overall experience “gave me a kick to reflect and think about how I wanted to deal with my internalized shame.”

He explained more to TeenVogue:

“I wasn’t out during filming. I’ve been out to my friends for a couple years, but I was still in the closet publicly.

“So when I came to the set I was really nervous sharing that with anyone; I didn’t share it until the wrap day. And that was an issue for me.”

But the circumstances of working on the project did not escape him. “I’m on a LGBT film,” he remembers reasoning with himself. “There’s a gay director, everyone is so supportive. I couldn’t be in a better environment.”

After much internal debate, he reached a moment of clarity.

“Once I realized that not only was it possible, but it’s important, and this is better for my sanity, that’s when I was able to make that shift.”

After that it was only a matter of time until he was broadcasting his truth to the world:

I like to change my hair, I like to take risks with how I dress, I like girls, & I like guys (yes), I like growing, I like learning, I like who I am and I really like who I'm becoming. Spent way too many years hating myself, thinking I was less valuable because I was different.. which is just untrue. A couple years ago I was able to accept myself, & it saved my life, but now I've gotten to a new road block & I feel kind of lost. I gotta take the next step & actually embrace who I am, which is pretty exciting. Not faking shit anymore, not apologising for falling in love with people no matter their gender. I've become bored of being insecure, ashamed, scared… no one should feel like that about themselves, especially when there is so much good life to live. Ya know more & more I see so many young people being their best / truest selves, it's fucking inspiring… so what have I been waiting for!? Who knows. Everyone in their own time. I hope we can all learn to embrace who we are & not judge people who aren't exactly the same as us. The truth is we are all family, we're all one. Just love. Keiy. ?

Related: “Love, Simon” star Nick Robison’s brother came out while the film was in production: