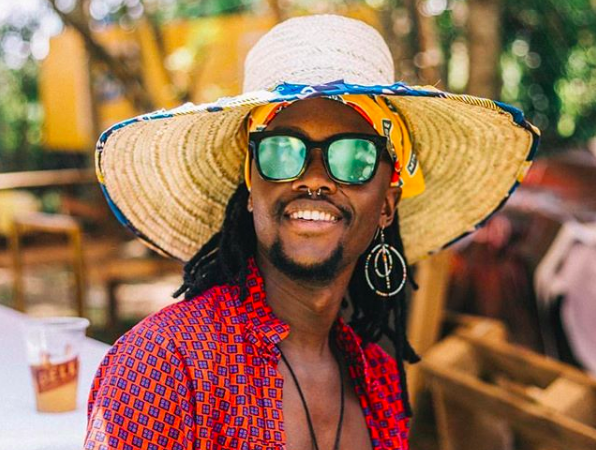 The 24-year-old aspiring actor and musician recently came under attack for his choice of attire at a music festival.

It all started last week when he shared this photo of himself wearing a dress with his nearly 30,000 Instagram followers:

@blanketsandwine yesterday was a whole entire wave of badassery. @muthonidrummerqueen it's utterly phenomenal what you have achieved in the past 10 Years. Thank you Sensei for your leadership in taking this music thing to otherworldly levels! In the words of another Sensei @heyheyblinkybill "MUNGU HALALI!" ?: @kimtydennis #10yearsof

But not everyone seemed to agree:

I saw something here just now, and I'm baffled.

WTF is happening in this day and age? Wow..

The blog All Africa ran a post criticizing Nyong’o’s look, along with the headline “Lupita’s Brother Thinks He Looks Good in Dresses.”

Nyong’o responded to the headline with a tweet that said: “Lol. I don’t ‘think’… I know.”

He followed that up with another tweet saying, “Thank u, next…”, a reference to Ariana Grande’s new single:

And another tweet with a meme claiming “gendered clothing is a myth”:

Say it one more time? pic.twitter.com/jYTclFsSRK

Lemme fix that for you:

But instead you chose to reinforce colonialist, cisheteronormative bullshit. You should have just sat there and ate your salad.

And that settles that!