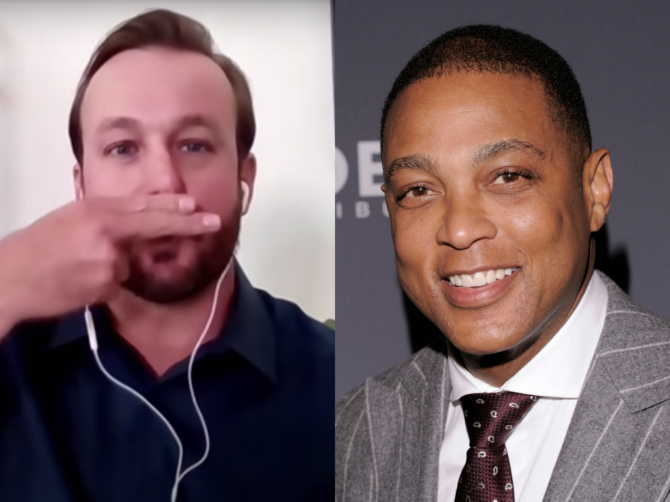 Weeks before the case was set the go to trial, the man who accused Don Lemon of sexual assault is changing his story. Or rather, he’s suggesting the story never happened in the first place.

New Jersey bartender Dustin Hice dropped his sexual assault lawsuit against the CNN anchor yesterday, saying that “after a lot of inner reflection and a deep dive into my memory” he realized he actually got the whole thing wrong.

In a statement, Hice said his “recollection of the events that occurred on the night in question when I first met CNN anchor Don Lemon were not what I thought they were when I filed this lawsuit.”

Hice alleged that Lemon approached him in 2019 and “vigorously rubbed his [Lemon’s] genitalia, removed his hand and shoved his index and middle fingers in Plaintiff’s moustache and under Plaintiff’s nose.”

He reportedly wanted $1.5 million from the CNN anchor.

After Hice announced he was dropping the case, Lemon’s attorney released a statement calling the whole thing “a crass money grab from its inception.”

“This has been a long and difficult journey for Don. Out of respect for the judicial process and my advice, he has had to remain silent in the face of a malicious and vulgar attack on his character.”

“Unfortunately, being a gay Black man in the media, he has had to deal with these sorts of attacks for quite some time.”

Hice dropped the suit just a few weeks before the civil assault jury trial was scheduled to begin, and shortly after a federal judge ordered he pay Lemon $77,000 in attorneys fees for failing to comply with court rules.