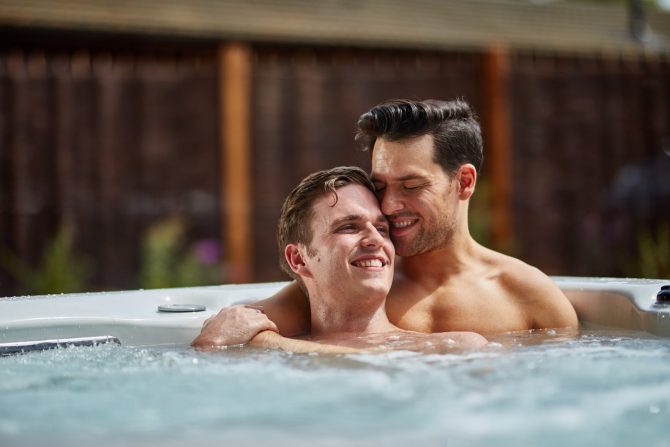 In a scathing new op-ed titled My uncle, a heroic priest, was murdered while cleaning up gay mafia in DC parish and published by the Christian extremist blog Life Site, writer Kevin Wells claims LGBTQ people are directly responsible for his uncle’s untimely death nearly 20 years ago.

Quick backstory: In June of 2000, Wells’ uncle, monsignor Thomas Wells, was found stabbed to death inside the rectory of Mother Seton Parish in Germantown, Maryland. The murderer turned out to be 25-year-old Robert Paul Lucas, a heterosexual tree trimmer who was living out of his van.

An unshakable conviction, shared by dozens of priests and thousands of lay faithful in the Maryland/DC corridor, is that Msgr. Wells’s life and 29-year priesthood ended as a direct result of the active homosexuality practiced by priests who once lived in that rectory.

He then goes on to elaborate on the conspiracy theory, which involves homoerotic clergy “hot tub parties,” as well as three priests at Mother Seton Parish who were accused of sexually abusing teen boys.

The now-bulldozed Mother Seton rectory in Germantown, Maryland had been the site of years of appalling sacrilege and sin. It emerged that two priests, Rev. Paul E. Lavin and Rev. Aaron J. Cote, who had served at Mother Seton, had been credibly accused as sexual predators of teenage boys. Lavin has been stripped of his clerical faculties and Cote, accused of sexual molestation in at least four states and Peru, died in 2012. A third Mother Seton priest, who seems to have vanished from the state of Maryland, is widely known to have been sexually active with other men prior to my uncle’s arrival.

He says his uncle was brought in to “get rid of the rot” in the “sin-haunted rectory” and exorcise it of the “appalling sacrilege” that happened there.

“My uncle’s first official act as pastor at Mother Seton was to rip out the rectory hot tub,” Wells writes. “Priests living in the Mother Seton rectory were widely known to have thrown ‘hot tub parties’ for other priests.”

Years later, Wells claims a “secret service agent” approached him to say his uncle was “hand-picked” by the Cardinal to take care of the situation and that if it weren’t for all the homosexuality that happened there, the priest would likely still be alive today.

“I have no doubt about it, that night, his murderer was looking for a ‘trick,'” the secret service agent allegedly told him. “Msgr. Wells was murdered because of the homosexual activity that had taken place in that rectory.”

The well-documented truth is that, shortly after the murder, Lucas confessed to killing Wells while he was burglarizing the rectory. Police recovered some of the items stolen from the rectory in his van.

Detectives concluded that the murder happened when Wells woke up and tried to stop the burglary. Lucas was sentenced to 25 years for murder, 10 for robbery, and seven and-a-half years for burglary.

But facts be damned! Wells says that until the Catholic church does more to combat homosexuality, “the Church’s sickness will worsen” and it “will remain on life support.”