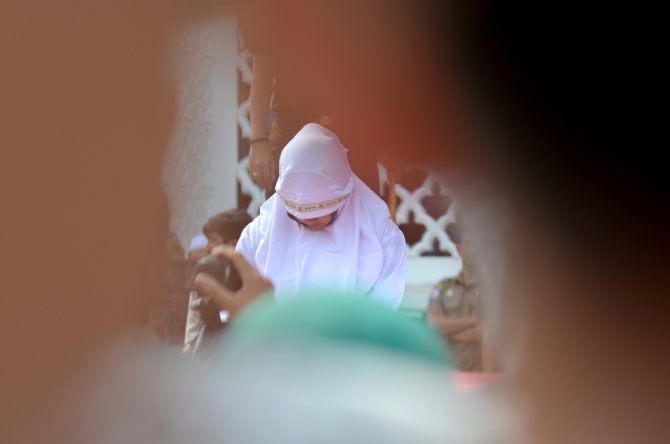 An Indonesian man who helped write strict religious laws calling for LGBTQ people to be publicly whipped in his country was, himself, publicly whipped this week after being caught in bed with a married woman.

Mukhlis bin Muhammad received 28 lashes with a rattan cane yesterday in the provincial capital of Banda Aceh after he was exposed for having an affair married woman last month.

Ironically, he is a member of the Aceh Ulema Council, which is responsible for drafting and implementing the province’s religious laws, including public flogging.

IRONY ALERT – Religious leader Mukhlis bin Muhammad of the Aceh Ulema Council, who drafted laws in Indonesia forcing those “guilty” of adultery and LGBT sex to be publicly flogged, is publicly flogged for adultery https://t.co/hUXrvbMa7K

“It doesn’t matter whether he is an ulema, an imam, or an ordinary citizen, the government does not discriminate,” said Husaini Wahab, a senior official in Aceh Besar district, adding that Mukhlis will be kicked out of the council.

Dozens of spectator watched the flogging, with some recording it on their cellphones and posting to social media. The woman Mukhlis was caught in bed with was also whipped, receiving 23 lashes.

Despite having wide support among Aceh’s mostly Muslim population, human rights groups have long criticized public flogging as a cruel and inhuman punishment, and even Indonesia’s president, Joko Widodo, has called for the practice to end.