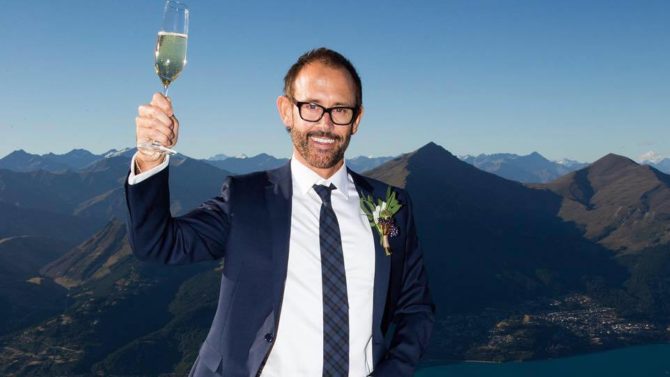 When Craig Roach agreed to marry a complete stranger on a reality show, he had no idea he was walking into his “worst nightmare.” Now, he’s blaming the show’s producers for ruining his life and giving him PTSD.

Roach recently took to Facebook to share his experiences on the Australian reality show Married At First Sight, which he appeared on back in 2016.

The premise of the show is pretty straightforward: Producers pair up couples, who then marry each other after meeting for the first time.

To make a long and, frankly, predictable story short: Roach appeared on the third season of the show, where he married a man named Andy John. The marriage didn’t last. And now Roach says he feels “emotionally raped” by the experience.

“I was 150% invested in the so-called experiment,” he writes, adding he had “complete faith” that the producer’s had his best interests at heart. But “the slaughtering that I endured was inhumane and downright humiliating.”

Roach goes on to say he met with producers to discuss exactly what he was looking for in a man. He told them he wanted a non-smoker, non-drinker, who cared about leading a healthy lifestyle and didn’t party too much.

“I wasn’t looking for Mr Perfect,” he says. “I just wanted someone who shared my lifestyle choices.”

Well, that’s not what he got.

They matched me with a chain smoking, binge drinking all round party boy from hell who hadn’t been to the gym or raised his heart rate naturally in 10 years. So after months and months of anticipating the meeting of this supposed amazing man I am confronted with the complete opposite and have 6 cameras recording my every reaction.

Despite being paired up with the exact opposite of what he had asked for, Roach still went through with the wedding.

In his Facebook rant, Roach details not just their awkward wedding day, but their horrible first night in bed together, which he describes as “downright torture”, and their inevitable demise.

“I didn’t think in my wildest dreams that it would have been this tragic and I was left feeling emotionally raped,” he laments. “Never had I ever been so tired and drained in my life.”

He continues, “I invested my heart and soul into the process of the show I was hoping I found the man of my dreams unfortunately i was matched with my worse nightmare on every level.”