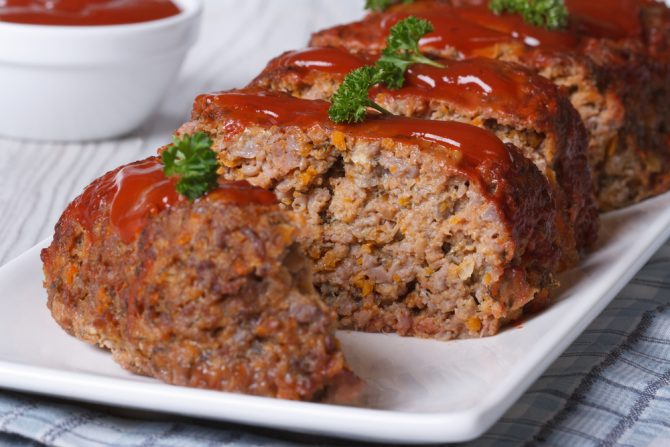 Tired of his mother’s homophobic abuse, a gay man recently decided to hit her where it really hurts: her secret recipe book. And just in time for Thanksgiving, too!

In a Tumblr post, the man writes: “When I was little my mom’s meatloaf was my favorite food. But ONLY her meatloaf. I didn’t like anyone else’s, and she told me that she would teach me how to make it when I was older. And when I was like 19? She finally taught me, but she told me never to tell anyone else and I was like weird but okay. Anyway, she was super f*cking homophobic and abusive to me when I told her I was gay, so here’s the recipe.”

The Tumblr post was later shared to Reddit, where it has since gone viral. It has also prompted others to exchange their own meatloaf recipes.

“You can buy stovetop stuffing in a breadcrumb can these days,” one person writes. “That’s all I use for the bread portion of a meatloaf anymore.”

“This meatloaf has too much meat in it,” another comments. “The whole point of a meatloaf is to replace as much as possible with oats and breadcrumbs and buttermilk.”

“That seems like a pretty standard meatloaf recipe,” a third person remarks. “What’s the secret?”

Which, of course, is precisely the secret. There is no secret. Mom’s meatloaf is as basic and unoriginal as her homophobia.

Related: This gay drama teacher is taking absolutely no sh*t from a homophobic mom