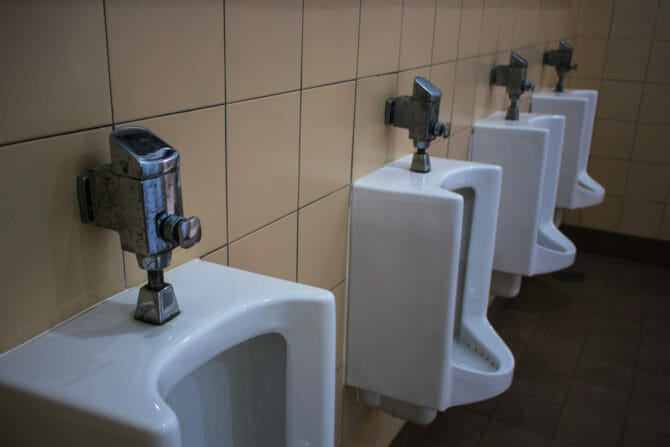 A man is suing New York’s Metropolitan Transit Authority after he claims he was unfairly arrested on false claims of cruising in a public restroom.

The wrongful arrest happened on the morning of April 17, 2017 inside men’s restroom at the Grand Central Terminal.

In court documents filed with the Manhattan Supreme Court last Friday, William Campbell claims a “man using the urinal next to petitioner leaned over and looked at petitioner’s penis.”

When he “pushed the man away,” the stranger cried: “What are you doing, you f*cking f*ggot?!” Then he called Campbell a “dirty homo.”

Moments later, an officer with the Metropolitan Transportation Authority appeared to arrest Campbell. As he was being handcuffed, Campbell says the cop shouted to another officer, “Another pee-pee case!”

Things only got worse from there.

Campbell was taken to the Midtown South Precinct stationhouse and charged with endangering the welfare of a child, criminal possession of a weapon in the fourth degree, exposure of a person and public lewdness.

Unable to make bail, Campbell was held in custody for 72 hours until his arraignment. After appearing in court, he was cleared of the charges. He is now seeking unspecified damages.

A spokesperson for MTA said: “We cannot comment on the specifics of this case or any pending litigation. MTA police officers are vital to maintaining a safe environment for Metro-North customers and all who visit Grand Central.”

Related: Take a peek under “D*ck Dock,” one of the world’s most frequented cruising spots