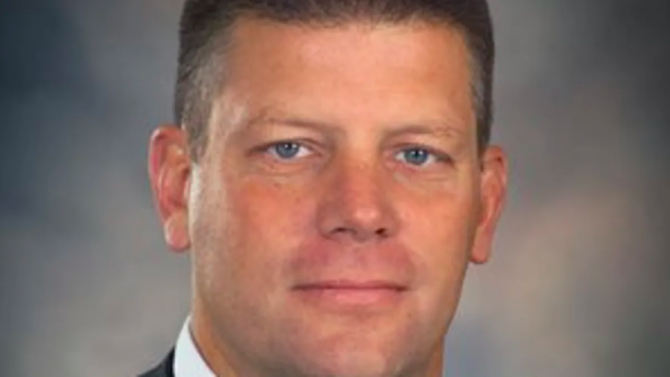 As a general rule of thumb, when you’re a married magistrate judge and a card carrying member of the “family values” Republican party, you probably shouldn’t maintain a secret profile on a swinger’s dating website.

Marty K. Clark has been a magistrate judge for the Twentieth Judicial District in Kansas since he was appointed by Republican Governor Bill Graves in 1998. Or rather, he was up until a few months ago after being busted for swapping nudes and trying to arrange hook up sessions with married women in his chambers.

Even though he formally resigned in May after three women came forward to claim they had communicated with him about having extramarital relations, the Kansas Supreme Court met yesterday to discuss whether any additional disciplinary action needs to be taken in the matter.

Clark allegedly met his lovers on the Club Foreplay website, C4P.com, a self-described “online community for swingers”, where he shared naked pictures of himself and exchanged sext messages with numerous women.

“Their rather salacious texts included messages wherein Judge Clark and his paramour actually discussed the details of a wished-for sexual encounter in the judge’s chambers,” said Todd Thompson, representing the Commission on Judicial Conduct, this week.

According to findings, Clark allegedly met at least one married woman at a bar in 2019. They engaged in a weeks-long text and email affair that included Clark’s “decision to take a picture of his penis and post that picture on a social media website”, a violation of judicial code. The affair ended when the woman’s husband found out and filed a complaint against Clark.

Now, what a person does in their private life is obviously private. As long as it’s not illegal or hurting anybody or causing a problem, who cares? And some have argued that punishing Clark for his behavior is, in essence, regulating the bedroom. That’s something LGBTQ people are, sadly, quite familiar with.

Others have argued, however, that judges are supposed to be held to a higher ethical standard and Clark was engaging with members of the public, therefore his actions weren’t private. And certainly inviting a woman back to your chambers for some hanky panky crosses a line.

“The judge is subjecting himself, when he engages in this type of conduct, to the possibility of being intimidated or blackmailed by people who have these photographs,” Thompson argued, adding that his behavior could erode the public’s confidence in the judicial system.

In his retirement announcement, Clark said, “I became a judge because I wanted the opportunity to help people. Working with child in need of care cases and adoptions is the most satisfying part of the job. The people of Russell County gave me an opportunity at a young age, and for that I am very thankful.”

The court ultimately didn’t decide whether further disciplinary action should be taken against Clark and instead took the matter under advisement.

Subscribe to Queerty for a daily dose of #life #martyk.clark #republican stories and more