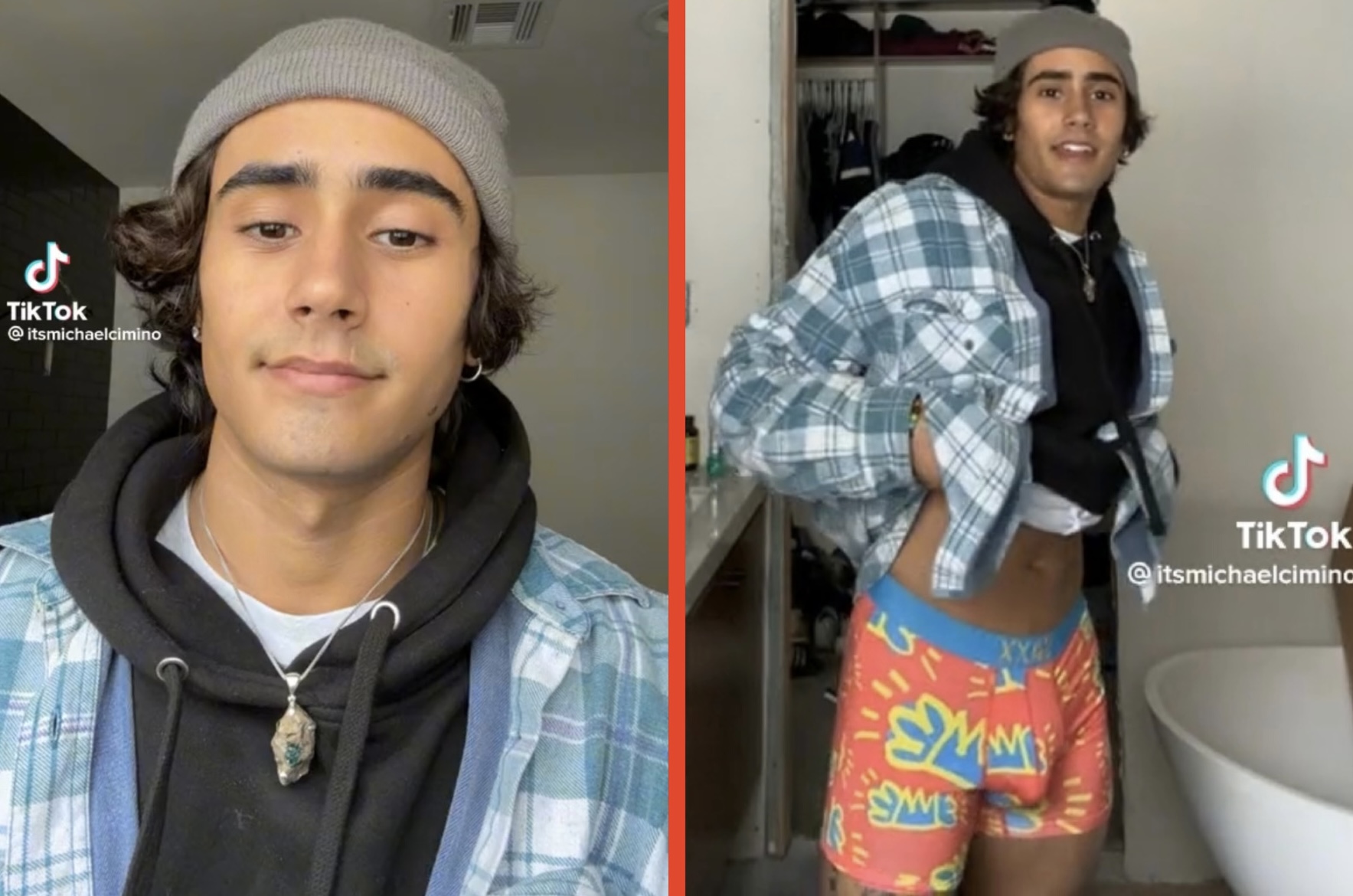 Love, Victor star Michael Cimino had a surprise for fans this weekend on social media — and while it wasn’t a present, it surely came in a nicely wrapped package.

The Love, Simon spinoff series came to a close earlier this year, but fans have still been receiving their weekly dose of Cimino spice through his socials. It’s mostly been eye-catching photoshoots and flirty exchanges with his male co-stars, like bromances with Anthony Keyvan and Mason Gooding.

Now, his latest offering from TikTok is giving fans a fuller, more well-defined look at his day-to-day.

You may want to back away from the screen a bit:

@itsmichaelciminoHaha I got you I bet♬ original sound – Michael Cimino

Related: Michael Cimino enters a one-man wet T-shirt contest and we all win

Cimino has had a full hot girl year of cranking up his thirst-garnering activity in front of the camera. His leading Love, Victor character got up to a lot in the show’s final season, including plenty of heavy make-out sessions with American Horror Stories star Nico Greetham.

He also had a fun role in the Rebel Wilson-led comedy Senior Year as Lance, a member of the popular crowd who had no problem manspreading in a skirt while commando.

Some have been pretty tame, like this recent peach-packed room renovation vid:

While others, like this sudsy bath photoshoot, have been a bit more direct:

But mostly, he’s just been wonderful to look at:

For an extra look at what the star has been up to, check out his latest vibe of a music video, “i’m somewhere out there”: