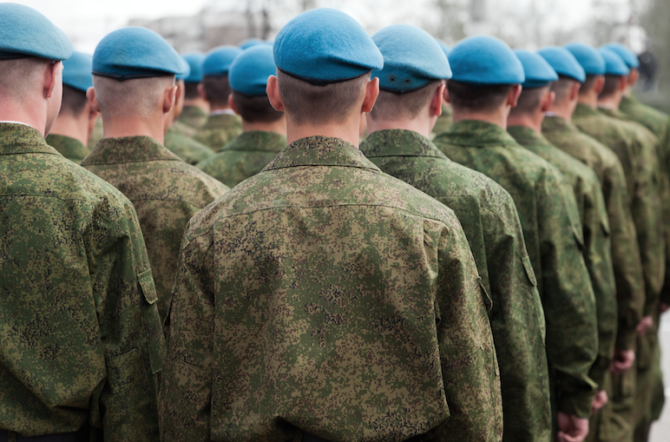 The scandal brewing at the military regarding sexually explicit images of female troops being non-consensually shared has grown larger than the private social media site Marines United to include a whole host of gay adult sites depicting uniformed men engaged in sex acts.

Now your very own tax dollars will be used to pay for military investigators to track down said images and videos to uncover whether active-duty troops knowingly participated in activities that could “bring discredit on their service,” which could be seen as violating military law.

We’re going to save the investigators some time and say OK, that’s probably what happened — but this has all the trappings of a witch hunt.

This “problem,” it’s been discovered, affects all branches of the US military, as images of men in the uniforms of sailors, soldiers and airmen reportedly appear on a whole bevy of Tumblr sites. How very dreadful indeed.

Determining whether the men in the photos, many involved in group sex, are active-duty troops is possible, said a congressional source on a military oversight committee who was not authorized to speak publicly about the issue. NCIS has dedicated dozens of investigators to the matter, the source said. They can comb through the photos and identify troops with the use of facial-recognition software.

There’s a fantastic use of the government’s cutting-edge technology.

The Pentagon has formed a joint military task force to handle the significantly expanded investigation, which includes representatives from the Navy, Marines, Army, Air Force and Coast Guard.

Punishment could include court marshall if active-duty troops are identified as having knowingly participated in the videos, and there is precedent for discharging troops for such activity.