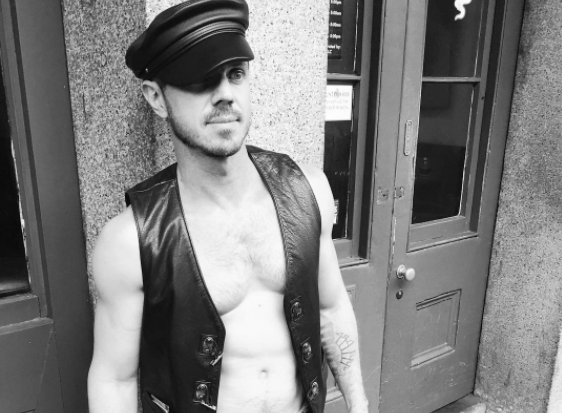 For three days, the who’s who of the LGBTQ literary scene will come together for the Saints and Sinners LGBT Literary Festival, a weekend of readings, performances, panel discussions, and master classes in the French Quarter.

“The thing I love most about Saints and Sinners is the way it creates a community of like-minded and talented people sharing their stories and creativity through all genres of literature to entertain, inform, and inspire,” the festival’s founder, Paul Willis, tells Queerty.

This year’s festival will feature over 50 authors, editors, agents, and publishers, including singer/writer/and all around badass Jake Shears, as well as Justin Torres, the author of the best-selling novel “We the Animals” who Salon declared one of the sexiest men of 2011 and newcomer Matthew Griffin whose critically-acclaimed debut novel “Hide” was just nominated for a Lambda Literary Award for Gay Fiction.

Related: Jake Shears Gets Serious About Acting, The Persecution Of Queer People And Performing In Drag

“I connect more with readers and writers than with anybody,” Shears tells Queerty. “So of course, I’m extra excited for Saints and Sinners this year in New Orleans. I’ll never forget a panel I shared with Michael Cunningham a decade ago, a weekend that was very influential for me in realizing New Orleans is home. I’m equally honored to be talking with Justin Torres and Matthew Griffin this year, both writers who share staggering talent.”

The Saints and Sinner LGBT Literary Festival goes from March 24 to March 26. Follow the festival @SASFEST for updates. Tickets are available at sasfest.org. Use promo code SAS20 to receive 20% off weekend passes.