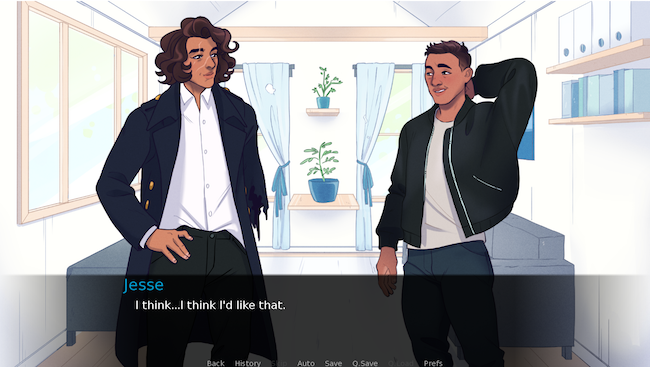 People being what they are, finding love is one of life’s central challenges — but it would probably be even more difficult if you were gay and aimlessly wandering through a scorched post-apocalyptic wasteland. 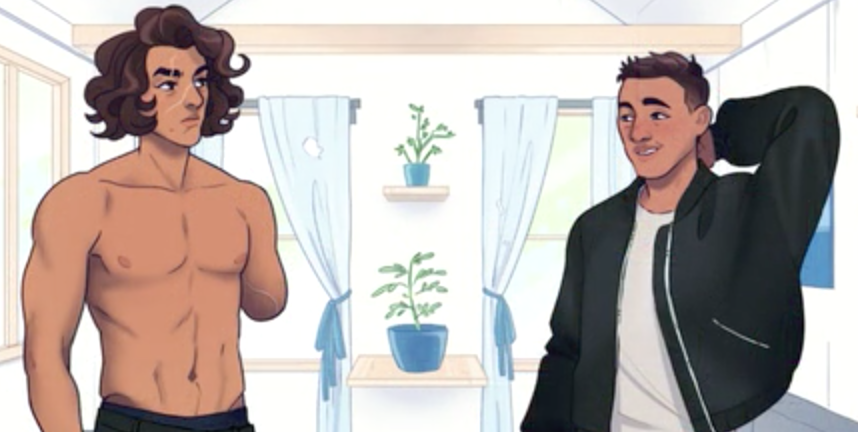 That’s the scenario imagined in the upcoming PC game Who We Are Now, which casts you as Wes, a dreamy but doom-laden figure haunted by ghosts of the past and memories of those he lost in the Endtimes.

Related: Is “Coming Out On Top” the hottest gay-themed video game you’ll ever play?

Wes decides its time to return to a settlement called Home in search of new beginnings. Once there, you’ll meet Elder Mohra, who runs the town, and two of your main love interests, Jesse and Xander. 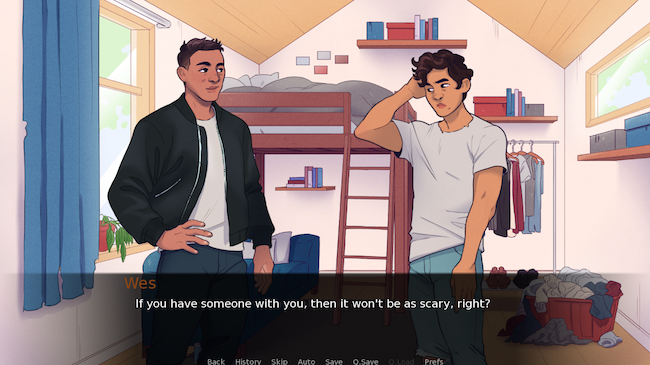 As you get to know these characters, you’ll get to chaff against their considerable defenses and neuroses as you come to better understand the challenges they’re facing in this brave, barren new world.

Related: “Dream Dads” is a video game for all you DILF-lovers out there

Sex figures prominently in the game, but developer Bryce Duzan tells Kotaku, “I want to explore how these relationships can develop.”

Currently, the game is still in development — in fact, you can donate to their Kickstarter here. While the final product is expected to be ready sometime in April 2018, you can play a rather lengthy demo to whet your appetite, if you happen to own a PC.