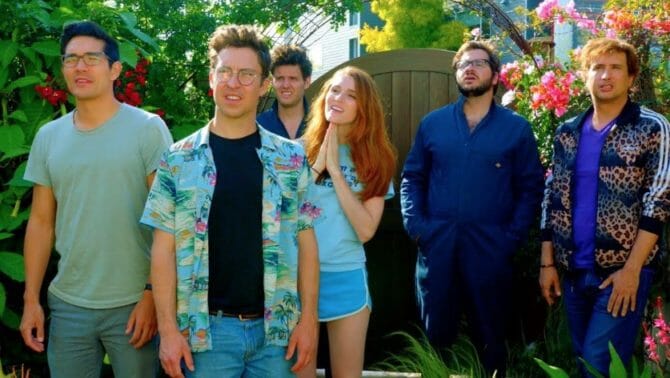 These are weird times. 2018 has been no joke and we’re not going to sugarcoat it — we probably haven’t hit rock bottom.

For those who still don’t know him (and that crowd is going to keep shrinking every day), Alvarez is the actor/writer/filmmaker responsible for the incredible queer YouTube series, The Gay and Wondrous Life of Caleb Gallo.

Another one of Brian’s feature films, Everything Is Free, recently screened at San Francisco’s Frameline Film Festival.

He also had a guest-starring role in the finale of the new season of Will & Grace and has written, produced and stars in some of the best sketch comedy floating around the web.

But back to this gift he just bestowed… 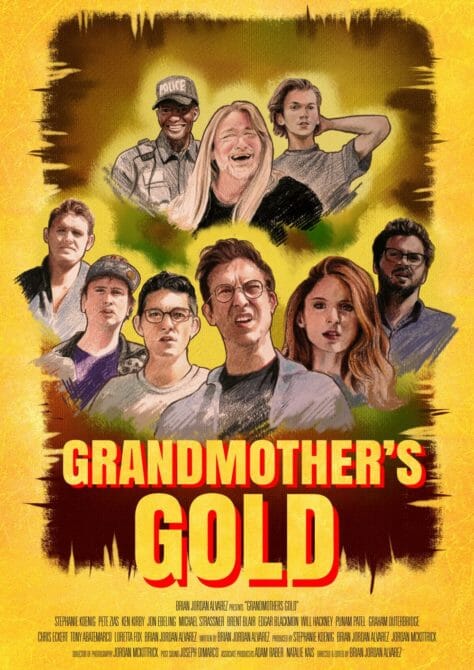 Grandmother’s Gold takes us to the near-future — one in which the world’s economy is in ruins and the internet has vanished. See? Rock bottom is still a ways out.

Stephanie Koenig, who herself is responsible for another superb web series (and soon to be TV series), Stupid Idiots, also stars in the film.