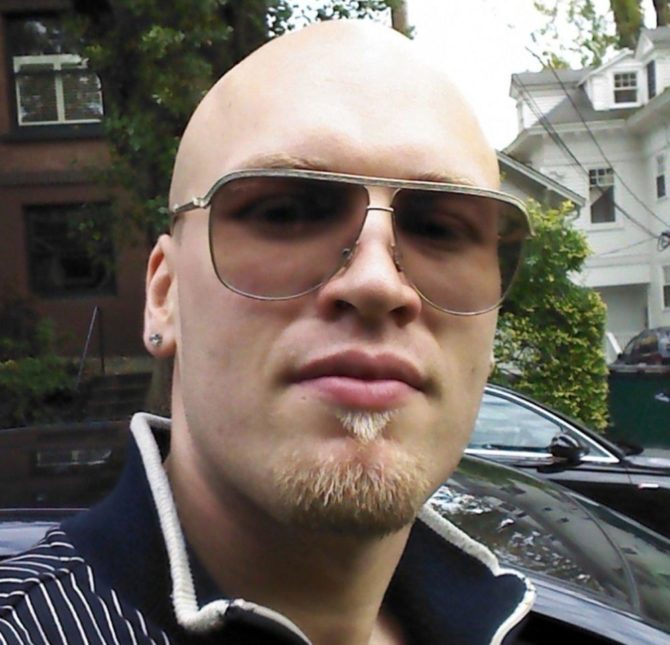 Among the many disturbing aspects of a chilling patricide that’s making headlines is this quote from the alleged killer’s mother to police, minutes before the crime occurred:

“He just lives on the internet and he gets really worked up about everything that’s going on.”

The “he” she’s referring to is her son, Lane Davis, a prolific alt-right blogger/YouTuber, fervent Trump supporter and one-time intern to Milo Yiannopoulos at Breitbart.

Davis, 33, is now being charged with first-degree murder, after allegedly stabbing his father to death in the family’s Washington home.

According to audio obtained by the Daily Beast, Lane became fully unhinged after his father called him a “Nazi.”

“He’s chasing us around the house,” Davis’ mother told a police dispatcher. “He’s mad about something on the internet about leftist pedophiles and he thinks we’re leftist and he’s calling us pedophiles, and I don’t know what-all.”

A look at Davis’ past raises a number of red flags. After he dropped out of Washington State University in 2004, Davis built up a following on YouTube spreading conspiracy theories. In 2014 he was a part of Gamergate, an online campaign that harassed women in the video game industry, sometimes with death threats.

This troubling resume was apparently sufficient for landing an internship with Milo Yinnopoulos at Breitbart. While there, Davis co-wrote an article with Yinnopoulos accusing the MacArthur Foundation of promoting censorship on social media.

Yinnopoulos, whose cozy collaboration with neo-Nazis was recently exposed by Buzzfeed, released this statement to the Daily Beast:

“Mr. Davis was a volunteer for me for a brief period of time prior to my founding Milo, Inc. I was unhappy with his work and discontinued the relationship. I then experienced his anger firsthand as he threatened me and later went to Buzzfeed making false and inaccurate accusations.”

On the day of Davis’ arrest, the Daily Beast reports he “retweeted posts celebrating the Second Amendment, bemoaning diversity, and spreading conspiracy theories that alleged Hillary Clinton‘s campaign chairman John Podesta was involved in a child sex ring and DNC staffer Seth Rich had been murdered.”