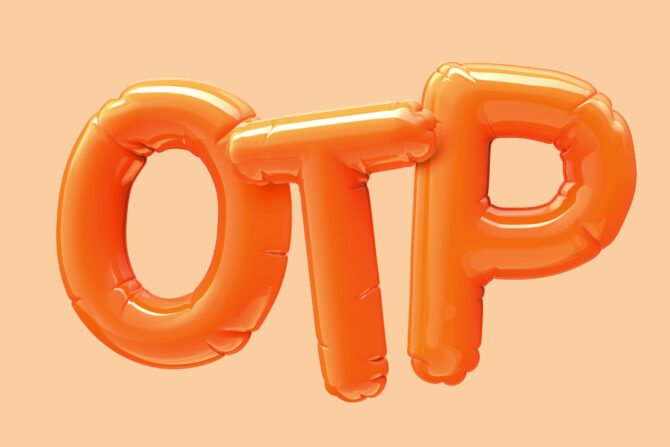 RELATED: Harry Styles and Louis Tomlinson get it on in an animated love scene on HBO’s “Euphoria”

OTP is a popular abbreviation you’ll often find on Tumblr, Twitter, and the fanfiction site Archive of Our Own. For those who aren’t immersed in internet fandom culture, OTP usually stands for “one-time password” or “on the phone”. But in the world of fandom, OTP takes on a completely different meaning.

So, what does OTP mean? Read on to discover the meaning and history behind the term.

What Does OTP Mean?

In fandom circles, OTP stands for “one true pairing”. This is usually referring to a pair of characters from a TV show, book, film, or even video game that fans believe would make an excellent romantic couple.

Who Can Be Part Of An OTP?

An OTP could be an already canonical couple in a work of fiction or two characters who seem to have enough history or chemistry to be “shipped” together. When you ship a couple, it means that you’re hoping they get together, whether romantically or sexually.

Most fans are attached to the idea of their OTPs becoming “endgame”, meaning they want the two characters to become canonically involved. Some fans create fan art and fanfiction depicting their OTPs in various situations and alternate universes (AUs).

OTPs and ships are often referred to by a portmanteau of the characters’ names, such as Drarry for Draco and Harry (Harry Potter), Reylo for Rey and Kylo Ren (Star Wars), and Zukka for Zuko and Sokka (Avatar: The Last Airbender).

OTPs are not limited to fictional characters, however. Fans will sometimes ship real-life celebrities, such as in the case of Larry Stylinson (Harry Styles and Louis Tomlinson from One Direction) and Jikook (Jimin and Jungkook from BTS).

While most OTPs are harmless, ships involving real people can have negative implications for those involved. For example, Tomlinson has spoken up in the past about how fans’ relentless shipping between him and Styles has put a strain on their relationship, as well as the former’s relationship with his then-girlfriend Eleanor Calder.

How “OTP” Took Off

The concept of shipping, which is derived from the term “relationshipper”, has been around since the ‘90s. It was the time that online message boards and forums became a particularly popular place for fans to convene online.

According to Know Your Meme, the “Shippers Manifesto” on LiveJournal became a “springboard for fans to share essays about their favorite ships” or their OTPs. As Tumblr rose in popularity in the 2010s, it became a major avenue for fandoms to discuss their favorite ships and OTPs. Numerous “confession blogs” dedicated to specific fandoms cropped up on the website, allowing fans to send in anonymous messages about their OTPs.

“Slash” is another term related to OTP and shipping. Typically used to describe the contents of a piece of fanfiction, a slash pairing involves two male characters. According to TV Tropes, the term predates the internet, going as far back as 1960s Star Trek fanfiction involving a Kirk/Spock pairing. When a pairing involves two women, it is usually called a “femslash”.

So, what does OTP mean? Short for “one true pairing”, the term originated in fanfiction circles to refer to fans’ favorite romantic or sexual pairings between two characters. OTP has since been adopted by other communities and generalized to refer to any type of strong, deep connection or bond.